Join us for an evening of beautiful music as artists from The Patrick G. and Shirley W. Ryan Opera Center perform a variety of favorites accompanied by members of the Lyric Opera Orchestra and conducted by Enrique Mazzola, Lyric’s new music director. Bring a blanket, your favorite snacks, and your fellow music lovers for this can’t-miss summer delight that’s part of Chicago In Tune, a citywide festival celebrating our city’s legendary music community.

A note on safety: By attending this event, you agree to follow the protocols at lyricopera.org/safety. Millennium Park requires that unvaccinated individuals wear a mask properly covering their nose and mouth. At Lyric Opera, we encourage all guests at this family-friendly event to wear masks unless they are actively eating or drinking, regardless of vaccination status. 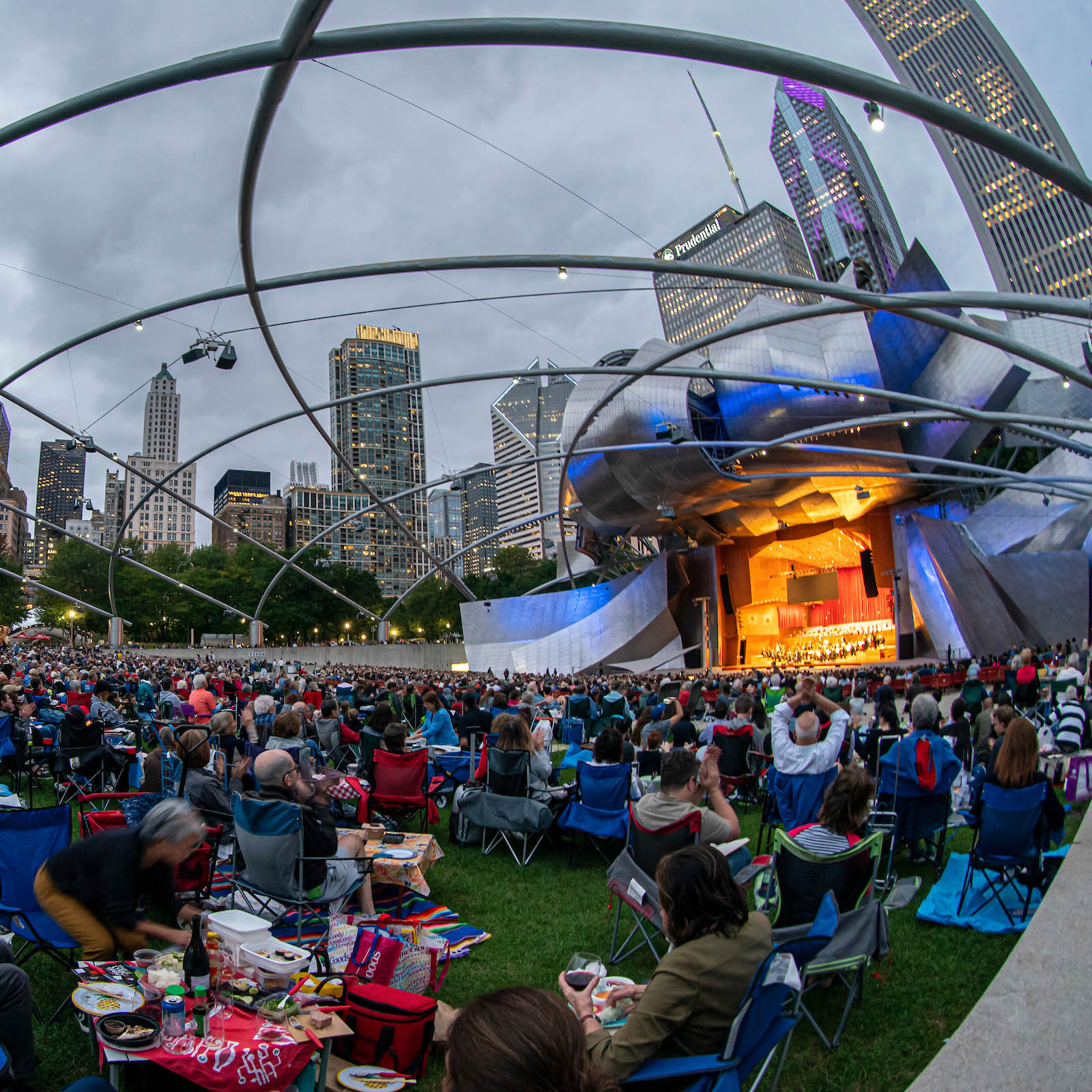 The Lyric Opera Orchestra string sections utilize revolving seating. Players behind the front desk change seats systematically and are listed alphabetically in the roster above.

with additional support from

In Loving Memory of Beatrice G. Crain by the
Crain-Mailing Foundation

Presented in cooperation with The City of Chicago and Millennium Park.