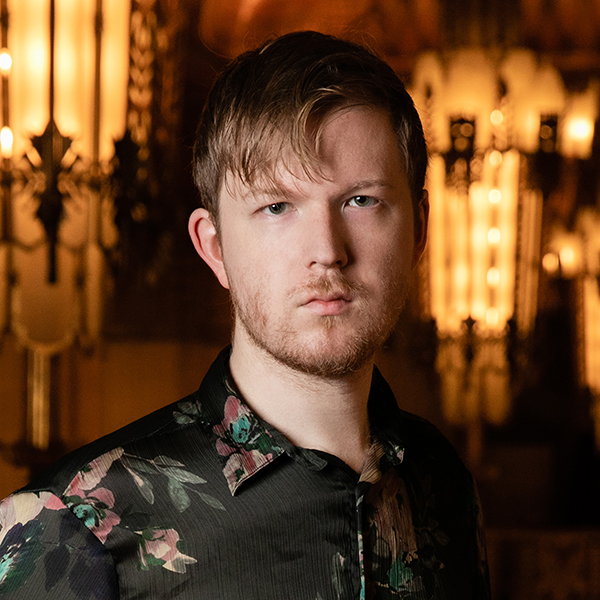 Third-year Ryan Opera Center pianist Chris Reynolds has rapidly made a name for himself as both a soloist and a collaborator. Reynolds is currently a doctoral candidate at The Juilliard School. He recently performed at Lincoln Center Theater for previews of the world premiere of Ricky Ian Gordon and Lynn Nottage’s chamber opera Intimate Apparel. Other performance venues include Bayreuth, Carnegie Hall, Tanglewood, WQXR, the Kyoto Summer Music Festival, and National Sawdust. A two-time winner of the Juilliard Vocal Arts Honors Recital auditions, Reynolds has been a fellow at SongFest and Aspen, as well as a Schwab Rising Star at Caramoor as part of the New York Festival of Song Emerging Artist Series. He has worked at the Metropolitan Opera and Lincoln Center Theater as an opera coach/répétiteur and has served on the faculties of the Internationale Meistersinger Akademie, William Paterson University, and the Mostly Modern Festival. Reynolds holds Bachelor and Master of Music degrees from The Juilliard School.

In the company’s 2021/22 season, Reynolds appeared in Sunday in the Park with Lyric’s Rising Stars in addition to preparing Macbeth as a member of Lyric’s music staff.

During the 2022/23 Lyric season, he will serve on Lyric’s music staff for Proximity, the triple bill of new American operas (world premiere).