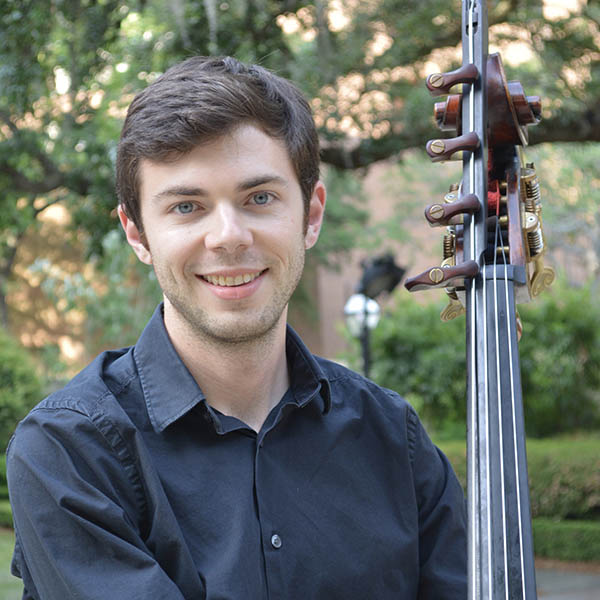 Originally from Northbrook, Illinois, Ian Hallas became Assistant Principal Bassist of the Lyric Opera Orchestra in 2018 after joining the section in 2016 and playing one season as Acting Assistant. He holds a Bachelors Degree with Distinction in Research and Creativity from
Rice University where he studied with Paul Ellison as well as a Masters Degree from the University of Southern California under David Moore. He has also been heavily influenced by Chris Hanulik, Tim Pitts and Todd Seeber. Ian has also performed with the Los Angeles Philharmonic, Detroit Symphony, Atlanta Symphony, Milwaukee Symphony and the Grant Park Orchestra.

Ian was an award winning fellow at the Tanglewood Music Center as well as an invited guest chamber musician at Spoleto Festival USA where he performed with the St. Lawrence Quartet and members of the Chamber Music Society of Lincoln Center. Additionally, he has attended the Aspen Music Festival, Music Academy of the West, and Domaine Forget Summer Music Academy.

Ian also proudly maintains a studio of double bassists on the north shore of Chicago and is set to join the faculty of Northwestern's Bienen School of Music in the fall of 2018.