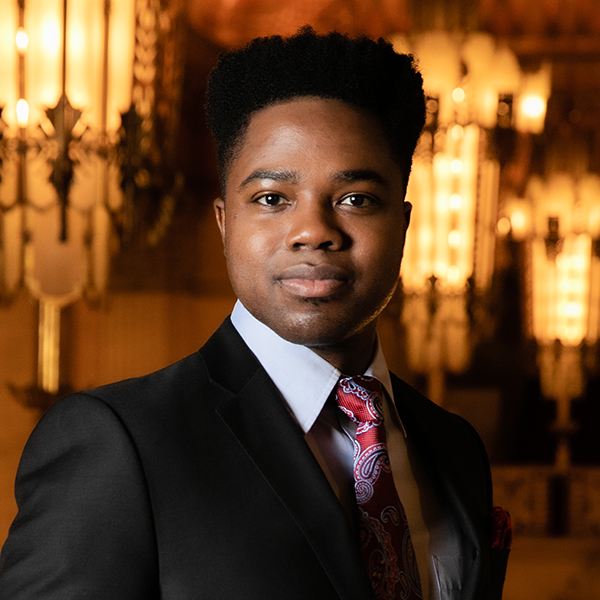 Leroy Davis is sponsored by the Elizabeth F. Cheney Foundation.

In Lyric’s 2020/21 virtual programming, Davis appeared in Lawrence Brownlee and Friends: The Next Chapter, Master Classes with Sir Andrew Davis, Creating The Factotum, Sole e Amore, Magical Music Around the World, and Rising Stars in Concert.

For the company’s 2021/22 season Davis sings in Sunday in the Park with Lyric’s Rising Stars and as Jailer/Tosca and Pastor and Kaboom/Fire Shut Up in My Bones.