New to opera? Start here to explore this thrilling art form. Learn about opera basics, get an inside understanding of key terminology, and discover all the aspects that bring the magic alive.

noun. op•er•a. a play in which most or all of the words are sung, and the music helps tell the story

Like a movie or a play, an opera combines acting, sets, and costumes. What makes an opera different is that the story is told with music and singing instead of just talking. The first operas were written over 400 years ago — but new operas are composed and performed every year!

Understanding opera is not as difficult as you may think. There are people singing masterfully without microphones, often in a different language, but the stories of most operas are universal. They are usually about familiar themes such as love and envy.

Operas can be any length, too. Some of the longest operas are over 5 hours long (such as Richard Wagner's Götterdämmerung). One of the shortest operas is only 8 minutes (L'Enlèvement d'Europe by Darius Milhaud)!

Even when a soprano has the sniffles or a tenor gets a tummy ache, the show must go on! In this article, find out how standbys and understudies work in opera.

How can I understand operas sung in a foreign language?

If you're at a performance at Lyric and most other major opera companies worldwide, there will be translations projected above the stage, allowing you to follow along during the performance, literally line by line.

The lines between those two forms are vaguer than ever these days. One can generalize about opera being sung-through and musicals requiring spoken dialogue, but there are tons of exceptions on both sides! People talk about the plots of operas being more intense than musicals, but that doesn't hold water anymore — musical theater is capable of devastating dramatic power.

There's no better time to instill a love of music and opera in young people than during their childhood. Designed to educate, encourage discussions and discovery, and entertain, we hope you enjoy this content, and invite you to share it with your friends!

Watch exclusive videos, interviews with artists, and trailers for every opera and musical production. Listen to excerpts from your favorite shows and hear informative commentaries on season productions. Discover engaging articles, in-depth features, and more on our blog.

Our blog is here to educate and amuse, with enlightening articles, exclusive artist interviews, behind-the-scenes photos, engaging videos, and more.

Learn more about our operas, musicals, and other productions with exclusive interviews with artists and creative team members, backstage looks, musical highlights, and more in our video library. Watch video trailers from our past and current seasons and get an inside look at what's on stage at Lyric.

You can experience the magnificent sound of full-scale opera free, whenever you like, with Lyric Audio Streaming. Listen to full operas online then dig deeper by downloading our Commentaries.

What to wear to the Opera

One of the most common questions we receive here at Lyric is "How should I dress?" Fortunately for you, we've compiled this handy list of frequently asked questions and answers so you'll know exactly what to wear on your next outing to Lyric.

Opera in the afternoon: an insider's guide to matinees

Psst...We're going to let you in on a little secret. While everyone is familiar with the expression "a night at the opera," there are tons of perks to switching things up with an afternoon matinee.

Here's a short list of do's and don'ts to make your Lyric Opera experience one to remember...

Situated on the Chicago River, the Lyric Opera House is just as beautiful as the operas that take place on its stage. However, it's easy to understand how someone can feel overwhelmed during their first visit. That's why we've created this handy beginner's guide to help you get around!

Planning a trip to Lyric?

The staff and artists at Lyric Opera of Chicago look forward to welcoming you to the theatre and helping make the most of your experience. Here is some information we hope you will find helpful in planning your visit. 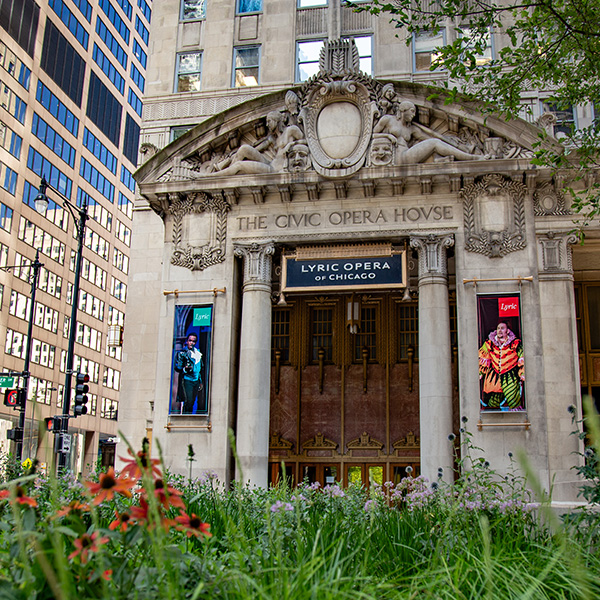