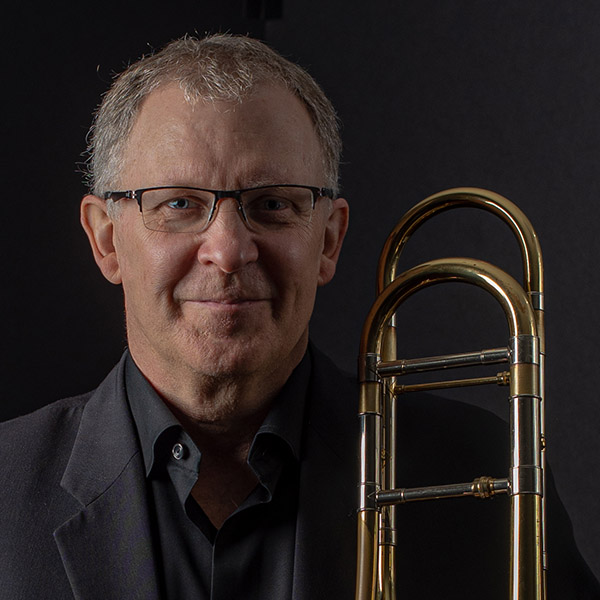 Praised for his "vivid sound and beautiful tone" (American Record Guide), Mason City, Iowa native Mark Fisher is Assistant Principal Trombonist with the Lyric Opera of Chicago and serves the Santa Fe Opera as Principal Trombone. Fisher has performed with virtually every major ensemble in Chicago and as substitute with many of the nation's leading orchestras including the Chicago Symphony, Cleveland Orchestra, Detroit Symphony, Milwaukee Symphony, Minnesota Orchestra, St. Louis Symphony and the San Francisco Symphony. Also an accomplished euphonium soloist, Fisher is past prize winner of numerous international solo competitions and his solo CD Eufish continues to meet with worldwide acclaim.

In addition to his long association with the award-winning Asbury Brass Quintet, Fisher is the founder and director of the Chicago Trombone Consort, one of the world's leading trombone ensembles. Fisher is a frequent performer with the Chicago Chamber Musicians and the Santa Fe Chamber Music Festival.

Head of the Trombone Department at DePaul University, Fisher has presented recitals and masterclasses throughout the U.S., Europe, Canada and Japan. He has served on the faculties of Northwestern University, the University of Michigan, Roosevelt University, Northern Illinois University and the Banff International Festival. Mr. Fisher is an honors graduate of the University of Northern Iowa and the New England Conservatory of Music.