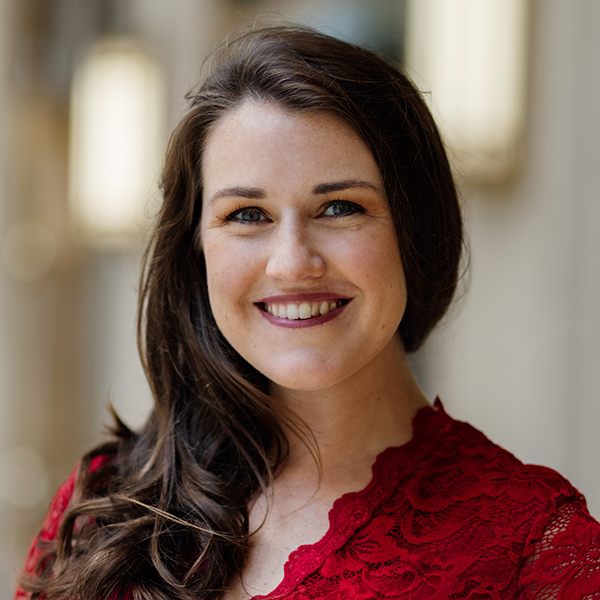 Katherine Beck is sponsored by Maree G. Bullock, Frank B. Modruson and Lynne C. Shigley, and the Thierer Family Foundation.

Originally from Bennington, Vermont, second-year mezzo-soprano Katherine Beck was most recently heard onstage at the Metropolitan Opera, where she competed as a semi-finalist in the Eric and Dominique Laffont Competition in February 2020. That same week, she received a prestigious George London Foundation Award. In 2019, Beck portrayed Karolka/Jenůfa and covered Dorabella/Così fan tutte at The Santa Fe Opera as an Apprentice Artist. She is a former member of the Marion Roose Pullin Arizona Opera Studio, where she has been heard as Mary Johnson/Fellow Travelers and Cherubino/The Marriage of Figaro. Other Arizona Opera credits include Catherine Wright/Shining Brow, Madeleine Audebert/Silent Night, and Flora/La traviata. While at Opera Colorado in 2018, the mezzo sang Lisette/Gerald Cohen’s Steal a Pencil for Me (world premiere). Beck has numerous recital and chamber-music credits, including two summers as a fellow of the Tanglewood Music Center.

In the 2020/21 season of virtual programming, she appeared in the Harris Theater’s Beyond the Aria series and for Lyric in Sole e Amore, Magical Music Around the World, and Rising Stars in Concert.

In Lyric’s 2021/22 season, Beck sings in Sunday in the Park with Lyric’s Rising Stars.