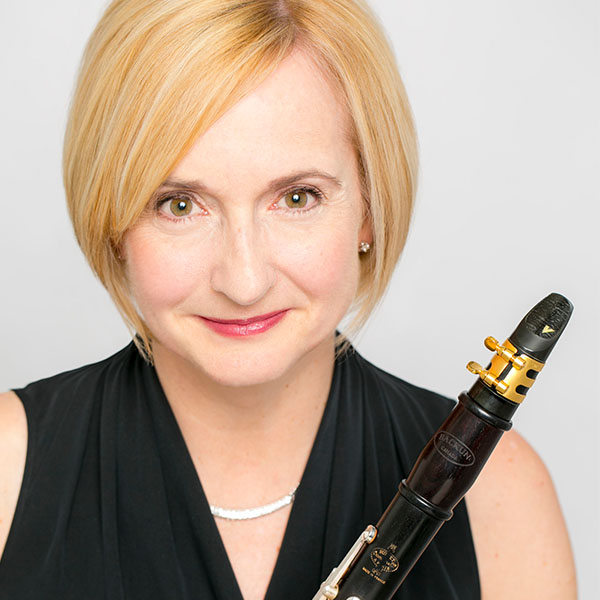 Susan has performed at the Tanglewood, Schleswig-Holstein, Heidelberg Castle, Grand Teton, Music Academy of the West, and Aspen festivals. In August 2019 as a member of the Chicago Winds Quintet, Susan, along with her husband CSO hornist David Griffin, toured throughout China where Susan’s growing fluency in Mandarin allowed her to deliver spoken introductions during concerts.

Susan and David live in Oak Park; together they have homeschooled their children, allowing for extensive family travels, most recently to Chile, Antarctica, New Zealand, Australia, Indonesia, Panama, and Turkey.

“My colleagues in the Lyric Opera Orchestra inspire me when their collective voices soar and create a fantastic heard-but-not-seen character in every opera production.”