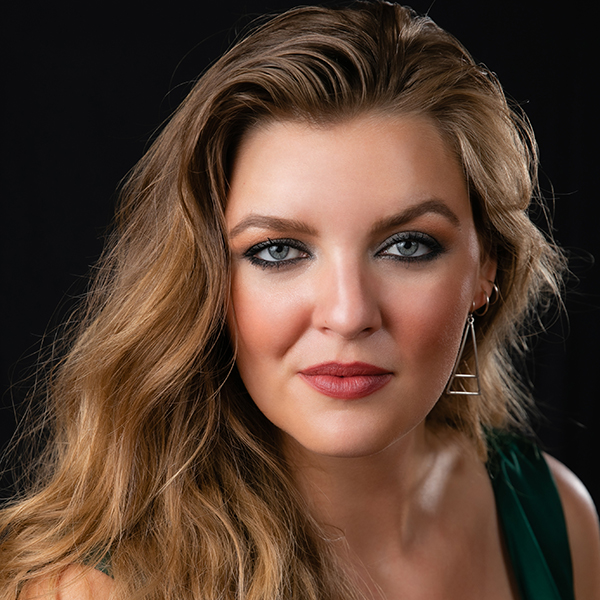 Mezzo-soprano Kathleen Felty, from Lubbock, Texas, is a third-year member of the Ryan Opera Center. She holds Bachelor Degrees in Music and Business Administration from Texas Tech University and a Master of Music from the AJ Fletcher Opera Institute at the North Carolina School of the Arts. Her Fletcher performances include Charlotte/Werther, Angelina/La Cenerentola, Unulfo/Rodelinda, Miss Jessell/Turn of the Screw, Geneviève/Impressions de Pelléas, Dinah/Trouble in Tahiti, Komponist/Ariadne auf Naxos, and Paula/Florencia en el Amazonas. Felty is a former Apprentice Artist of The Santa Fe Opera, where she received the Katharine Mayer Award and covered Composer/Ariadne auf Naxos. She also participated in Ravinia’s Steans Music Institute Program for Singers and, more recently, the Solti Accademia di Bel Canto fellowship program in Italy. Felty made her North Carolina Opera concert debut as Clotilde/Norma and her Dayton Opera debut in the role of Maddalena/Rigoletto. In Chicago she recently performed for the Harris Theater’s Beyond the Aria series. The mezzo is a four-time District Winner of the Metropolitan Opera Eric and Dominique Laffont Competition and a winner of the Charlotte Opera Guild Vocal Competition (2018) and the Heafner Williams Vocal Competition (2019).

In Lyric’s 2019/20 season, Felty sang Laura/Luisa Miller, and for the company’s virtual programming last season she appeared in Sole e Amore, Magical Music Around the World, and Rising Stars in Concert.

For 2021/22, Felty sings in Sunday in the Park with Lyric’s Rising Stars and her mainstage roles include Third Lady/The Magic Flute.