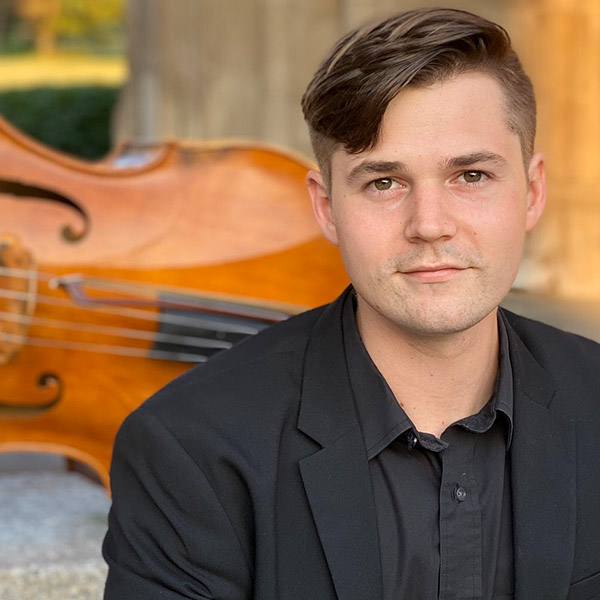 Samuel Shuhan joined the Lyric Opera Orchestra in 2020 from California. He was Associate Principal Bass of the LA Opera Orchestra and continues to maintain his position as Principal Bass in the Santa Barbara Symphony. In 2019, while serving as a guest substitute in the Helsinki Philharmonic bass section, he was fortunate enough to win the audition for Solo Principal Bass of the Finnish National Opera and Ballet, but chose to return to Los Angeles. He has also performed with the San Francisco Opera, San Diego Symphony, Phoenix Symphony, and the Santa Barbara Chamber Orchestra. An enthusiastic lover of chamber music, Shuhan has been privileged to perform chamber works with principal members of the Los Angeles Philharmonic, San Francisco Symphony, San Francisco Ballet, Helsinki Philharmonic, and Finnish National Opera and Ballet.

Shuhan has a passion for many styles of music and plays electric bass in addition to upright bass. In Los Angeles, he was introduced to life as a studio musician and can be heard playing on a number of movies and recordings. During this time, he also honed his skills as a composer and producer while collaborating with local and international artists across a range of genres.

A native of Ithaca, NY, Shuhan holds a Bachelor’s Degree from Ithaca College where he studied with Dr. Nicholas Walker and received a Master’s Degree from the University of Southern California under the tutelage of David Allen Moore. He has also been heavily influenced by Paul Ellison, Rex Surany, and Shawn Conley.