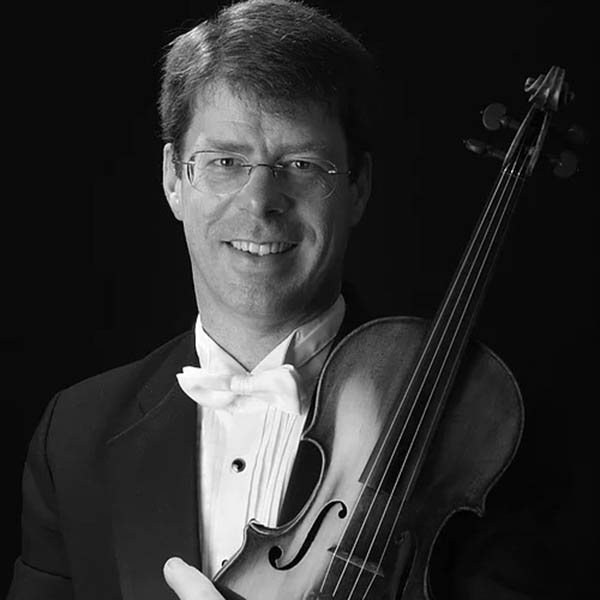 Robert Hanford is the concertmaster of the Lyric Opera of Chicago. During the summer he is also a concertmaster at the Aspen Music Festival. Previously, Mr. Hanford was the Associate Principal Second Violinist of the Minnesota Orchestra and a member of both the Milwaukee Symphony and Chicago's Grant Park Symphony. He has appeared as soloist on many occasions with the Minnesota Orchestra, the Milwaukee Symphony and other Midwestern orchestras, including the Chicago Philharmonic. Mr. Hanford attended Northwestern University and is currently on the faculty as a violin instructor. He graduated with first prize from the Orpheus Conservatory in Athens, Greece. For many summers he was concertmaster and violin instructor at the Birch Creek Music Festival in Wisconsin. He has also performed and taught at the Apollo, the MidAmerica, the Milwaukee, and the Roycroft Chamber Music Festivals.

In addition to his professional career as a violinist, Robert has studied and performed on the theremin, one of the first electronic instruments. Robert is also an amateur artist blacksmith, having attended courses of study in Wyoming and Illinois.

Mr. Hanford lives in Evanston, Illinois, with his wife Sheila, also a violinist. They have three sons.