No opera really sings unless it rings true to its psychological core, and Lyric Opera of Chicago has that rare winner in its current run of Verdi’s “La Traviata.””

A stellar cast of singers inhabits these characters, led by Russian soprano Albina Shagimuratova as Violetta.”

Michael Christie makes his Lyric debut as conductor, connecting the musicians and the singers in such beautiful harmony that one easily gets lost in the arias.”

Spectacle as only opera can do it.”

This was transcendent; this felt deeply new.” 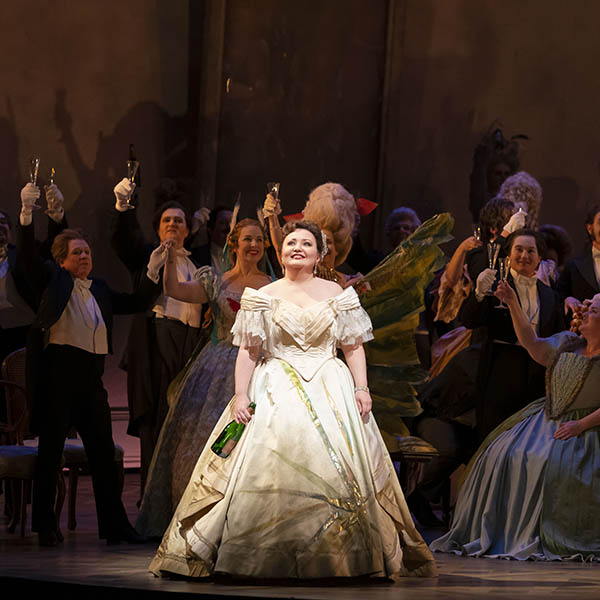 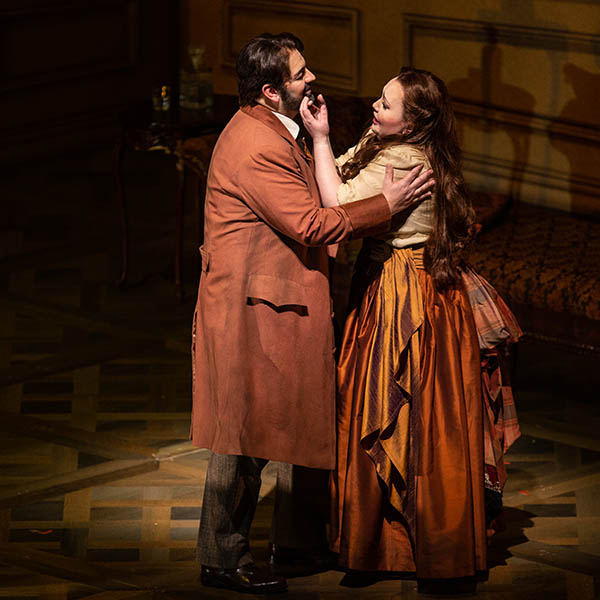 A Russian soprano, a Serbian baritone, and an Italian tenor will grace La traviata when Verdi's exquisite romance returns to Lyric . Albina Shagimuratova (Violetta) and Željko Lučić (Germont) are great favorites with Lyric audiences, and Giorgio Berrugi (Alfredo) is making one of the season's most eagerly awaited company debuts.

Gorgeous music. A beautiful, heartbreaking story, memorably told. Terrific performances across the board. Lavish over-the-top costumes for the party scenes. What's not to love Check out what the critics have to say about  La traviata.