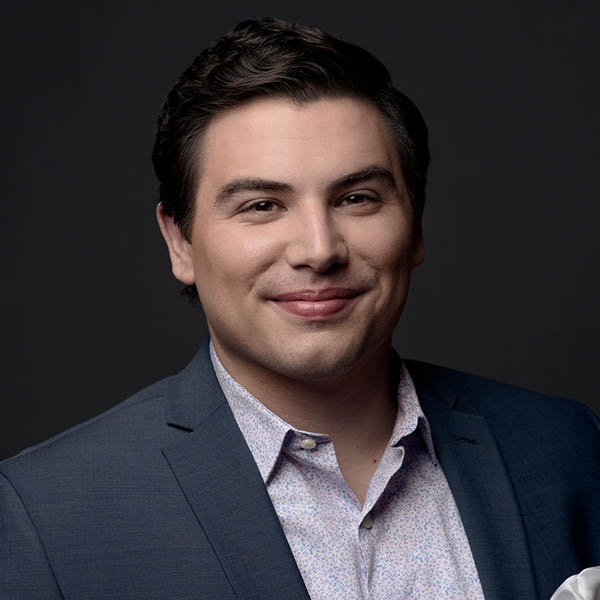 The Iowa-born tenor, an alumnus of Lyric’s Ryan Opera Center, scored a great success at Lyric in 2018/19 singing his first Lurcanio/Ariodante. Other important achievements include another major role debut, Tamino/The Magic Flute, at the 2019 Verbier Festival. Ferring is a former resident artist at Pittsburgh Opera, where he was heard as Nemorino/The Elixir of Love (student matinees) and also in Tosca, Billy Budd, The Marriage of Figaro, La traviata, Salome, Jeremy Howard Beck’s The Long Walk, and in the world premieres of Douglas J. Cuomo’s Ashes & Snow (as the Protagonist) and Daniel Sonenberg’s  The Summer King. He has participated in the Britten-Pears Young Artist Programme, the Mozart Academy of the Aix-en-Provence Festival, and the young-artist programs of The Santa Fe Opera, Wolf Trap Opera, and Opera Theatre of Saint Louis. Among his honors have been a Sara Tucker Study Grant from The Richard Tucker Foundation and a Career Grant from The Sullivan Foundation.