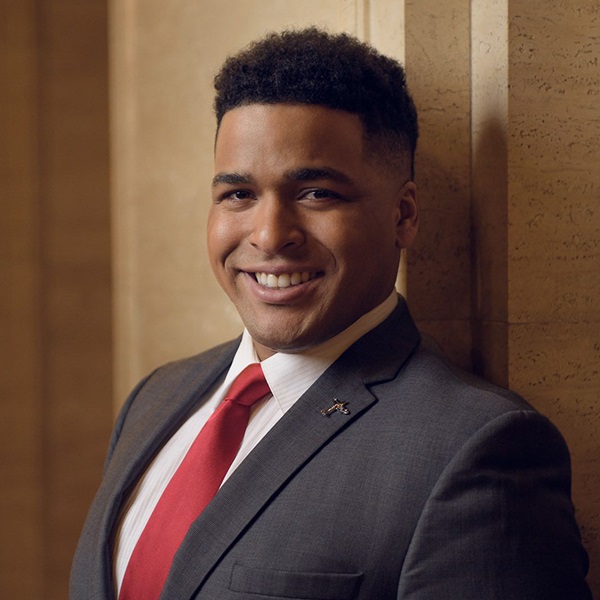 The American baritone, a Ryan Opera Center alumnus, debuted with Michigan Opera Theatre in 2019/20 as Silvio/Pagliacciand made his New York City concert debut singing Bach cantatas with Leonard Slatkin and the American Symphony Orchestra at Lincoln Center’s Alice Tully Hall. He has also appeared with the Seattle Symphony as the Guide/Bernstein’s Wonderful Town with Ludovic Morlot conducting, and as Bob/Menotti’s The Old Maid and the Thief with the Grant Park Music Festival. He presented a series of songs with the Chicago Symphony Orchestra to celebrate the 100th Anniversary of the Armistice that ended World War I. Kenney is a former member of the Washington National Opera’s young-artist program. While there, he portrayed Figaro/The Barber of Seville and also appeared in The Little Prince and Missy Mazzoli’s Proving Up (world premiere) for WNO’s mainstage season at the Kennedy Center. He was also a featured soloist in Bernstein’s Songfest with the National Symphony Orchestra.