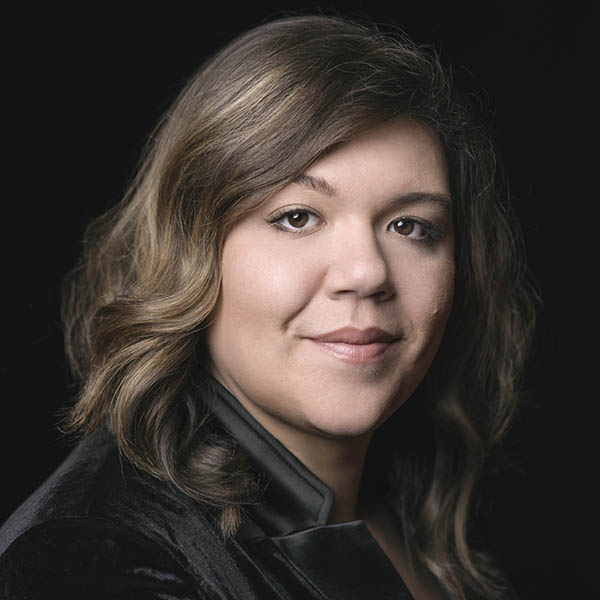 Contralto Lauren Decker, a four-year member of the Ryan Opera Center, was a national semifinalist in the 2018 Metropolitan Opera National Council Auditions, having previously been a two-time recipient of an Encouragement Award at their Upper Midwest Region. The Wisconsin native holds a B.F.A. in vocal performance from the University of Wisconsin-Milwaukee. Decker has participated in Dolora Zajick’s Institute for Young Dramatic Voices, the American Wagner Project (Washington, D.C.) and the Georg Solti Accademia di Bel Canto (Italy). She has performed in concert with the South Dakota Symphony (Mahler 8), the Grant Park Music Festival (The Old Maid and the Thief), the Apollo Chorus/Elmhurst Symphony (Verdi Requiem), Civic Orchestra of Chicago, and the Harare International Festival of the Arts (Zimbabwe). In summer 2019, she will be seen in the Britten-Pears Program at Snape Maltings, United Kingdom, and makes her debut with the San Francisco Symphony. Winner of the 2019 Edith Newfield Scholarship from the Musician’s Club of Women of Chicago and 2018 Lola Fletcher scholarship in voice with the American Opera Society of Chicago, Decker has been featured in the Harris Theater’s Beyond the Aria series alongside Christine Goerke and Eric Owens and, later, Michael Fabiano and Zachary Nelson. At Lyric, she has appeared in The Magic Flute, Rigoletto, Die Walküre, and I puritani, and in 2018/19 sang Inez/Il trovatore, the First Maid/Elektra, and Annina/La traviata. In 2019/20, Decker sang Jade Boucher/Dead Man Walking.