Opera has plenty of femmes fatales, but there’s only one Carmen. Her allure proves spellbinding as she seduces a hapless corporal and then a dashing bullfighter. You’ll feel the heat as you’re captivated by Bizet’s bewitching melodies — the smoky Habanera, the playful Seguidilla, the provocative Gypsy Song. Every single melody in this ever-popular opera is a beloved hit, and each is brought to life by a cast of spectacular leading artists. Join us for this production — never before seen in Chicago — and find out why it’s the perfect work to see again and again, and the ideal opportunity to introduce new fans to the thrill of opera. 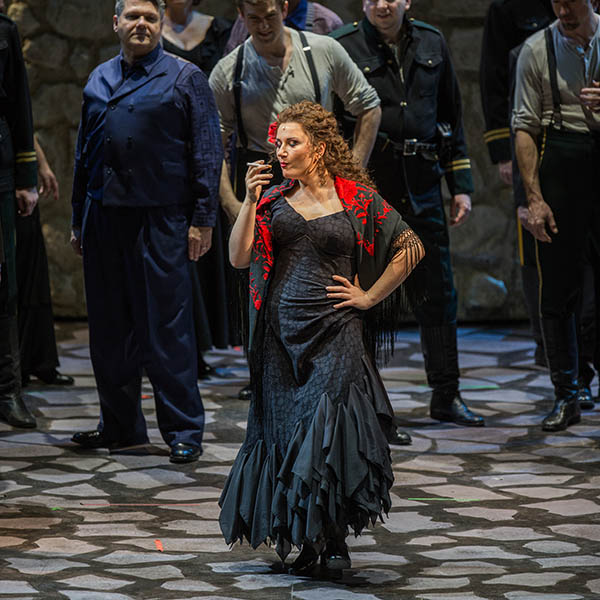 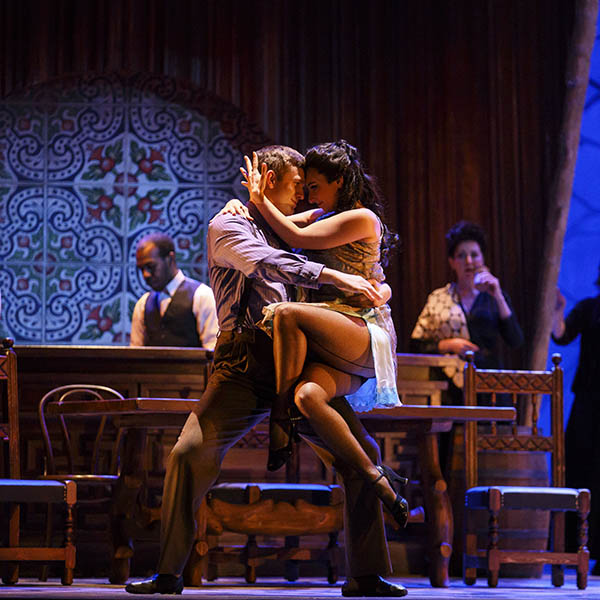 Chicago audiences are in for a sizzling treat this season: two spectacular, sultry Carmens will bring Bizet's beloved role to life on the Lyric stage!

Meet the Don Josés to our Carmens!

It's time to meet the two world-renowned tenors who will be vying for Carmen's heart as Don José during Lyric's new-to-Chicago production of the classic tale of seduction, love, and betrayal.

With unforgettable tunes and dazzling choreography, Bizet's Carmen is one of this winter's hottest tickets. Eugene Onegin will capture your heart with an all-star cast and glorious music. Don't take our word for it—here is a sampling of critical acclaim from around the city.

In Seville a corporal, Don José, is ordered to escort the gypsy Carmen to prison after she attacks another girl. José, however, falls instantly in love with Carmen, lets her escape, and is himself sent to prison. Following his release he visits Carmen at a tavern, where she has just met the bullfighter Escamillo. After dueling with a superior officer, José is forced to desert the army. He joins Carmen and her smuggler friends in the mountains, where she quickly tires of him. Once his hometown sweetheart Micaëla arrives to bring him home to his dying mother, Carmen is free to accept the attentions of Escamillo. José later comes to the arena in Seville where Escamillo is about to fight a bull. Outside the arena José confronts Carmen. He pleads with her and finally, overcome by jealousy, stabs her just as the crowd inside proclaims Escamillo’s victory.

Go inside this production of Carmen with engaging articles, notes from the director, a complete plot synopsis, artist bios, and more.

Coproduction of Lyric Opera of Chicago and Houston Grand Opera.