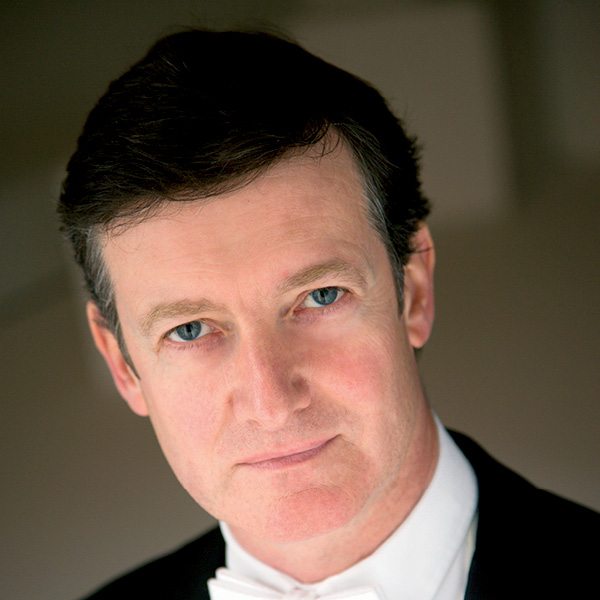 Among the British conductor’s many prestigious engagements this season have been return visits to the Metropolitan Opera (The Magic Flute), the Cleveland Orchestra (an all-Mozart program), and – with his own ensemble, The English Concert – Handel’s Semele in Paris, London, and at Carnegie Hall. Greatly celebrated for the Baroque and Classical repertoire in which he established himself internationally, Bicket has led acclaimed performances of Ariodante in Paris, Vienna, and at Carnegie Hall. In 2018 he was appointed music director at The Santa Fe Opera, having been chief conductor since 2013. His successes over the past four summers in Santa Fe have included Candide, Romeo and Juliet, La finta giardiniera, Fidelio, and Alcina. Other recent highlights in North America include productions in Houston (The Marriage of Figaro, Rusalka), Toronto (Maometto secondo, Hercules), Atlanta (Orfeo), and guest-conducting with the New York Philharmonic, the Los Angeles Philharmonic, the Los Angeles Chamber Orchestra, and the major orchestras of Boston, San Francisco, Detroit, Houston, Seattle, St. Paul, Ottawa, and Indianapolis. Bicket has collaborated on recordings with artists including Renée Fleming, Lucy Crowe, Alice Coote, and David Daniels. DVD releases include Rodelinda (Met), Rinaldo (Munich), A Midsummer Night’s Dream, and Martin y Soler’s The Tree of Diana (both from Barcelona).