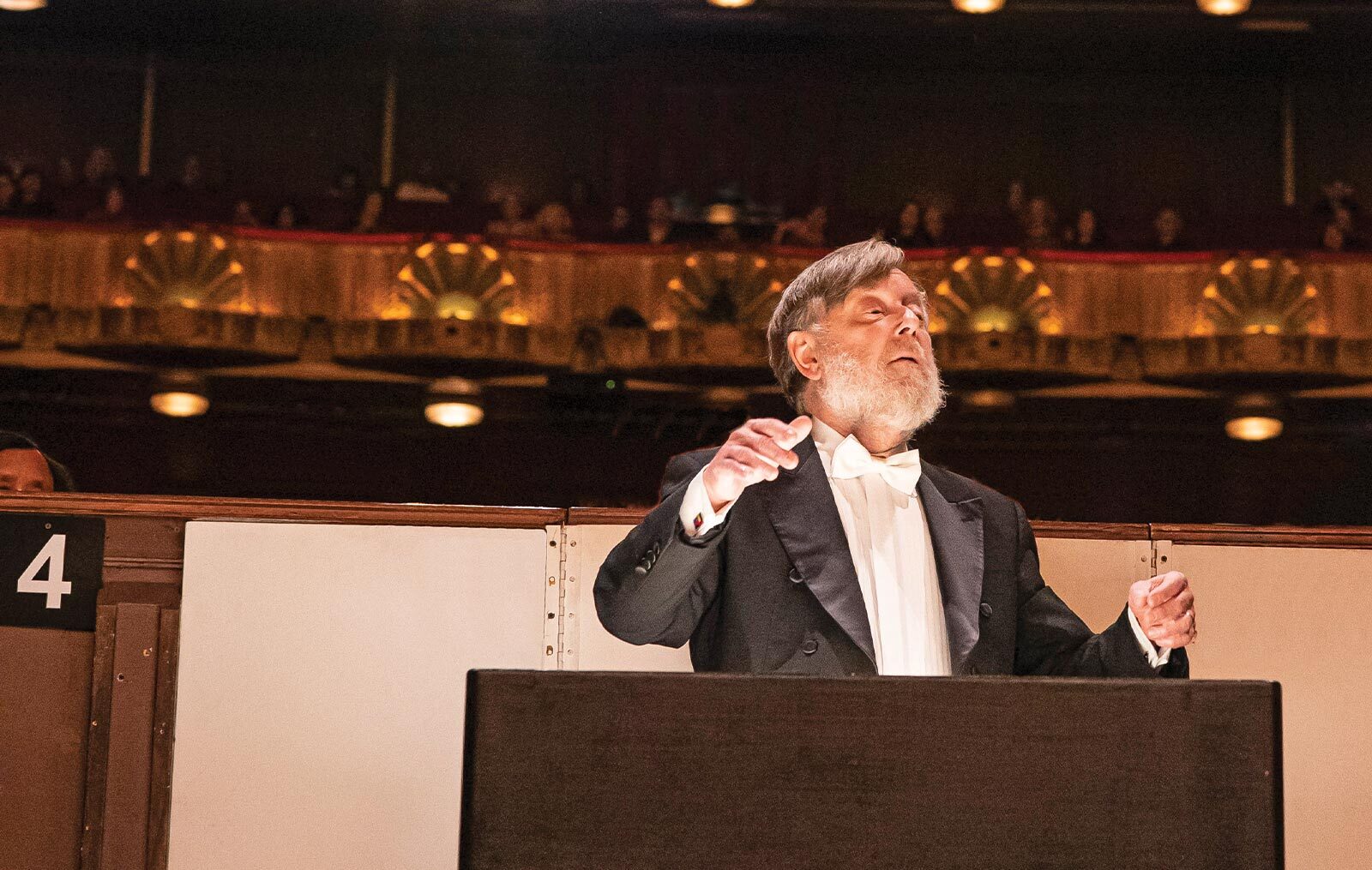 CHICAGO (12/17/2021)—Anthony Freud, Lyric Opera of Chicago’s president, general director, and CEO, is pleased to announce the four soloists who will perform in the Sir Andrew Davis Conducts Beethoven 9 concert on Friday, April 1, 2022. Bass-baritone Eric Owens and tenor Matthew Polenzani, an alumnus of Lyric’s Patrick G. and Shirley W. Ryan Opera Center, will appear along with two current members of the Ryan Opera Center Ensemble, soprano Mathilda Edge and mezzo-soprano Kathleen Felty.The concert celebrates Sir Andrew Davis’s two-decade tenure as Lyric’s music director with one of his favorite works, never previously performed at Lyric: Beethoven’s Symphony No. 9, the “Choral,” one of music’s most exalted hymns to the human spirit. Sir Andrew will conduct the four soloists along with the Lyric Opera Orchestra and Chorus. “All of us at Lyric are thrilled to welcome Sir Andrew Davis back to the podium for a towering work never before done on Lyric’s stage,” says Freud. “This will be a very special performance experience.”The concert will begin with a new choral work by Sir Andrew’s son, the composer Ed Frazier Davis, commissioned by Lyric. The evening is dedicated to the memory of Lady Gianna Rolandi Davis, Sir Andrew’s wife and Ed’s mother, who was the longtime director of the Ryan Opera Center.Tickets are on sale now.Soprano Mathilda Edge, a native of Chandlerville, Illinois, is in her third year with the Ryan Opera Center. In Lyric’s 2019/20 Season, she was seen as Berta in The Barber of Seville, and her 2021/22 Lyric appearances include Lady in Waiting in Macbeth and First Lady in The Magic Flute. She is an alumna of the Merola Opera Program, the Santa Fe Opera apprentice program, and Indiana University’s Jacobs School of Music, where she earned her master’s degree in Vocal Performance. She is the recipient of a 2019 Sara Tucker Study Grant from the Richard Tucker Music Foundation.Mezzo-soprano Kathleen Felty, from Lubbock, Texas, is a third-year Ryan Opera Center Ensemble member. In Lyric’s 2019/20 Season, she sang the role of Laura in Luisa Miller, and her roles in the 2021/22 Season include Third Lady in The Magic Flute. In Chicago, she recently performed for the Harris Theater’s Beyond the Aria series. She has participated in Ravinia’s Steans Music Institute Program for Singers and the Solti Accademia di Bel Canto fellowship program in Italy.Tenor Matthew Polenzani, a native of Wilmette and an alumnus of Lyric’s Ryan Opera Center, has appeared at Lyric in 15 roles since his debut in Simon Boccanegra in the 1995/96 Season, most recently the title role in Idomeneo in the 2018/19 Season, Nadir in The Pearl Fishers and the Duke in Rigoletto in the 2017/18 Season, and Tamino in The Magic Flute in the 2016/17 Season. His 2021/22 Season includes three appearances at the Metropolitan Opera: the Verdi Requiem, Tamino in The Magic Flute, and the title role in a new production of Don Carlos. He also makes his much-anticipated role debut as Cavaradossi in Tosca at the Savonlinna Opera Festival in Finland.Bass-baritone Eric Owens has performed seven roles at Lyric since his debut as General Leslie Groves in Doctor Atomic in the 2007/08 Season, most recently The Wanderer (Wotan) in Siegfried in the 2018/19 Season, Wotan in Die Walküre in the 2017/18 Season, Wotan in Das Rheingold in the 2016/17 Season, and Porgy in Porgy and Bess in the 2014/15 Season. He serves Lyric as a Community Ambassador and the Curtis Institute in Philadelphia as co-director of the Curtis Vocal Studies Department and Curtis Opera Theatre. His 2021/22 Season includes a return to the role of Porgy at the Metropolitan Opera, a performance which last year earned him his second Grammy Award for Best Opera Recording, following his win for Doctor Atomic in 2012.Ed Frazier Davis is an English-American composer, baritone, and conductor based in Kansas City, Missouri. He is the founder and director of the Institute for Choral Creativity, an organization dedicated to building composer-ensemble relationships and fostering the creation and appreciation of contemporary choral music. He is also Senior Composer-in-Residence for the William Baker Choral Foundation, which consists of nine ensembles in Georgia, Kansas, and Missouri. He studied composition at Knox College, the Chicago College of Performing Arts at Roosevelt University, and the University of Missouri-Kansas City.Sir Andrew Davis served as music director and principal conductor of Lyric Opera of Chicago from 2000 through the 2020/21 Season. Since his debut engagement in the 1987/88 Season, he has led 690 opera performances plus nine special concerts at Lyric, as well as the majority of Lyric’s free concerts in Millennium Park. The vast repertoire that he has led at Lyric encompasses operas by Berg, Berlioz, Bizet, Britten, Dvořák, Gilbert and Sullivan, Gounod, Janáček, Lehár, López, Massenet, Mozart, Mussorgsky, Poulenc, Puccini, Rossini, Strauss, Tchaikovsky, Verdi, Wagner, and Weinberg. A native of Hertfordshire, England, he was created a Commander of the British Empire in 1992, and was designated a Knight Bachelor in the New Year Honours List in 1999.For more information on the Sir Andrew Davis Conducts Beethoven 9 concert, visit lyricopera.org/beethoven.