There’s no character in opera more powerfully dramatic than the court jester Rigoletto, whose acid tongue and all-consuming desire for revenge lead to catastrophe for himself and his sweet, love-struck daughter Gilda. Of all the great Verdi works, none boasts more unforgettable tunes than this one. You’ll thrill to the licentious Duke of Mantua’s “La donna è mobile” and Gilda’s stunning “Caro nome,” not to mention the most celebrated quartet in all opera. Dominating the story, though, is Rigoletto himself, one of Verdi’s greatest characterizations—a complex and tragic figure, both pitiful and ferocious, with stupendous music to match. 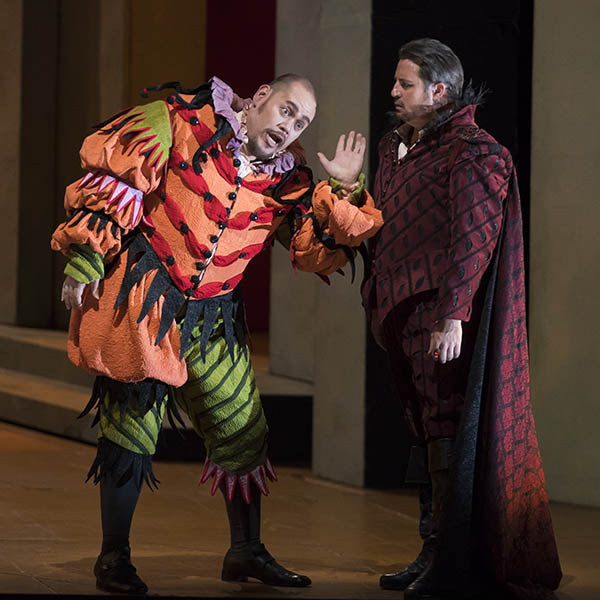 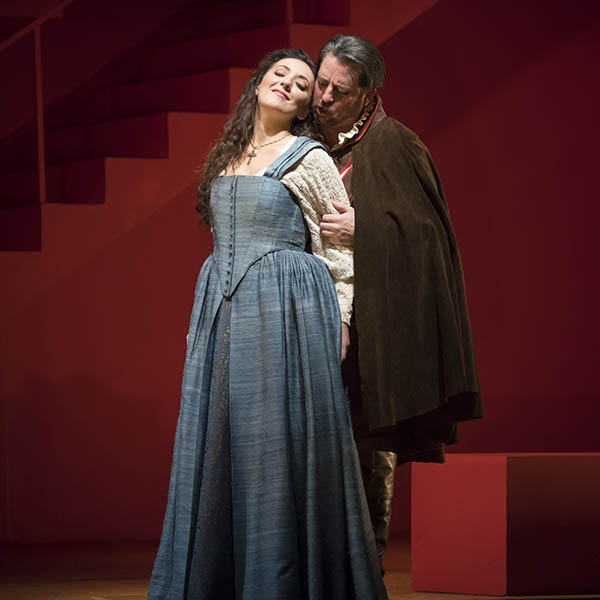 After a successful run at the San Francisco Opera, this new-to-Lyric production of Rigoletto heads straight to Chicago! Michael Smallwood, Lyric's technical director, opens up about what moving an opera's sets, costumes, and props from one city to another really entails.

Everyone Plays The Fool

There is no character in opera more powerfully dramatic than the court jester Rigoletto, whose acid tongue and all-consuming desire for revenge lead to catastrophe for himself and his sweet, sheltered, love-struck daughter Gilda. Rigoletto is one of Verdi's greatest characterizations — a complex and tragic figure, both pitiful and ferocious.

Rigoletto marks the first time baritone Quinn Kelsey and tenor Matthew Polenzani have starred together in a Lyric production. These Ryan Opera Center alumni are highly sought after worldwide, and they cherish their ongoing association with Lyric.

The Duke of Mantua is a notorious womanizer and his court jester, the pitiful and vicious Rigoletto, has an acid tongue when recounting tales of men’s wives, daughters and sisters who have all succumbed to the Duke’s charms. When Rigoletto discovers that his own daughter has fallen prey to the Duke, the jester seeks revenge for the loss of her innocence, but his vengeance consumes him and proves to be his curse. Some lose their hearts and others their lives in this dramatic story of love, lust, and retribution.

Go inside this production of Rigoletto with engaging articles, notes from the director, a complete plot synopsis, artist bios, and more.

Lyric presentation of Verdi’s Rigoletto generously made possible by