Irrepressible Rosina refuses to marry her pompous old guardian. Meanwhile, a bold young count is eager to win Rosina for himself. And who’s going to make sure those two finish the opera united? The cleverest character in all of Seville: the barber Figaro, whose services are sought after by everyone for everything (the guy has a lot more talents than just cutting hair). Rossini’s music—the aural equivalent of champagne—is the last word in humor, inspiring smiles and laughter on every page of the score, which is what makes Barber the most popular of all operatic comedies.

You don’t often hear opera audiences laughing out loud – constantly and with abandon – as they did.”

By the final, rollicking chorus celebrating the triumph of young love, hearts were soaring, both onstage and in the audience.”

Benefiting from an outstanding cast of international vocalists, the stalwart backing of the Lyric Opera Orchestra under Sir Andrew Davis, and some gags still fresh 203 years after its premiere in Rome, the Lyric’s performance was a winner to kick off the new season.”

Crebassa’s mezzo-soprano’s voice never seems to shift gears, blithely sitting pretty in the lower range, then dashing to heights that would make some sopranos weep.”

Lyric Opera has married pitch-perfect casting to go-for-broke direction in its season opener, The Barber of Seville.”

The Barber of Seville videos 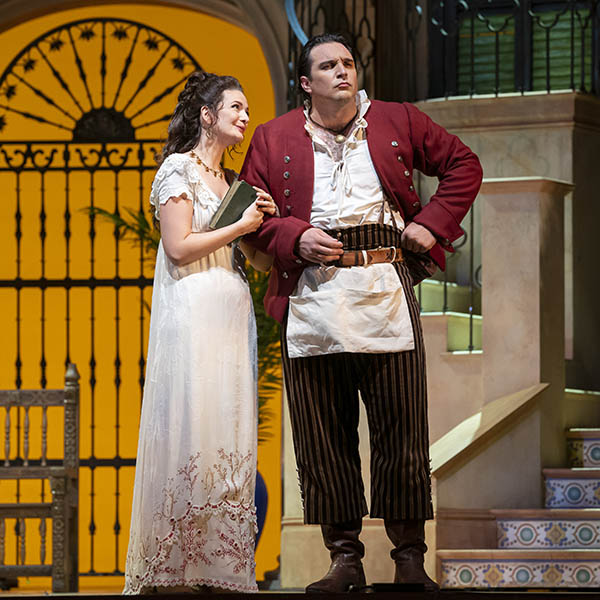 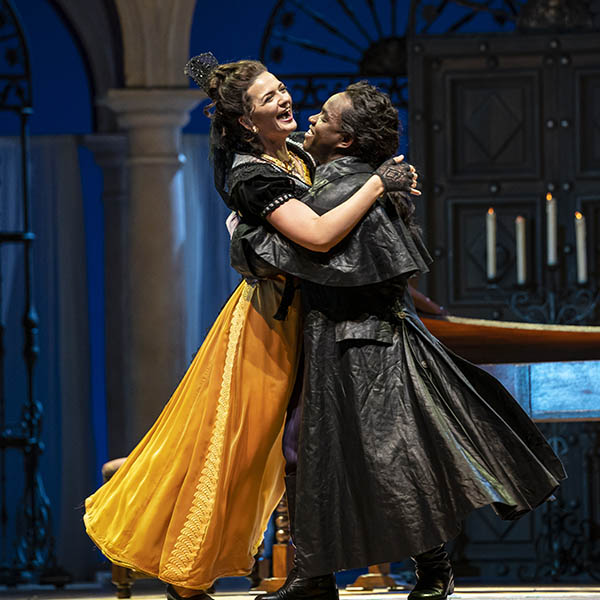 The Barber of Seville articles

On Saturday, September 28, Wacker Drive was THE place to be for music lovers. The red carpet was unfurled, photographers lined the colonnade, and palpable excitement was in the air as Lyric opened the 65th Season with an original production of The Barber of Seville that thrilled critic and audience members alike.

The Barber of Seville: Tons of Fun!

If you love any of the great Broadway musical comedies, there really is no distance that you have to travel to enjoy Barber. The situations are hilarious, the characters captivating, and above all, the music will have you grinning from ear to ear, from the boisterous overture right through to the effervescent finale.

Not only is The Barber of Seville a classic comedy, but it also pops up time and time again in modern culture. That's right – just because it premiered in 1816 doesn't mean it won't resonate with audiences today!

Go inside this production of The Barber of Seville with engaging articles, notes from the director, a complete plot synopsis, artist bios, and more.