Intensely passionate drama set to some of opera’s most sweeping, soulful, and heartstoppingly beautiful music — that is Eugene Onegin. Tatiana is a lovesick country girl, and Onegin is the sophisticated young man who callously spurns her love before realizing, too late, what a mistake he’s made. Here is Pushkin’s profoundly human, hopelessly romantic, ultimately devastating story, elevated by Tchaikovsky’s richly layered and unabashedly expressive music. Find out why Eugene Onegin is beloved by opera audiences the world over. 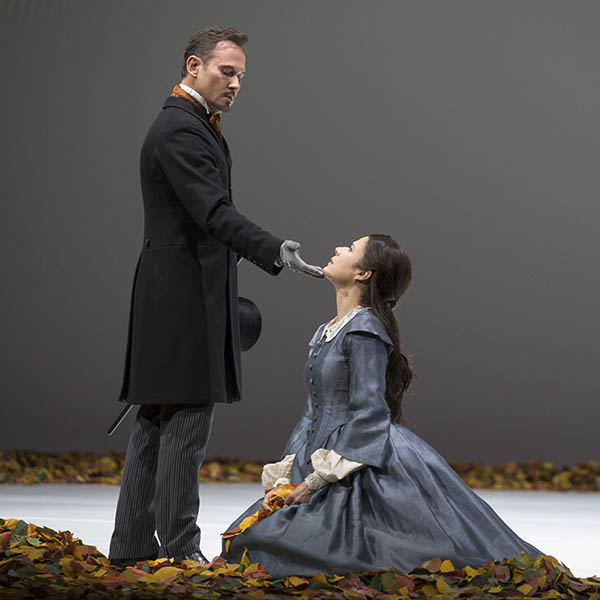 © 2016/17 Lyric Opera Commentaries
Music furnished through an arrangement with Universal Music. All rights reserved. Recording & production services provided by Mark Travis.
A project of the Women's Board. 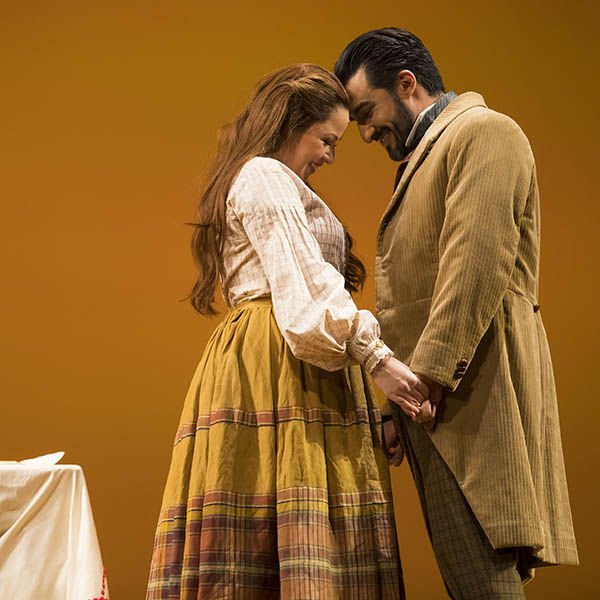 With unforgettable tunes and dazzling choreography, Bizet's Carmen is one of this winter's hottest tickets. Eugene Onegin will capture your heart with an all-star cast and glorious music. Don't take our word for it—here is a sampling of critical acclaim from around the city.

An impressionable country girl, Tatiana, falls in love at first sight with her new neighbor, the debonair and bored Onegin. She writes him a letter explaining her feelings, which he rejects politely but firmly. At a party he flirts with Tatiana’s sister Olga, whose fiancé is the poet Lensky, Onegin’s good friend. Onegin is challenged by the jealous Lensky to a duel, in which Lensky is killed. After several years of traveling abroad, Onegin returns to St. Petersburg and sees Tatiana at a ball. She is now the wife of the much older Prince Gremin. Onegin realizes he loves Tatiana and writes her a passionate letter. When she receives him at her home, she admits that she still loves him. Rather than running away with him, however, she chooses to remain with her husband, leaving Onegin in despair.

Go inside this production of Eugene Onegin with engaging articles, notes from the director, a complete plot synopsis, artist bios, and more.

Production owned by the Canadian Opera Company, originally created for The Metropolitan Opera.