Of all opera composers, none glorified the human voice more than Bellini. His final opera was I Puritani, in which a soprano, tenor, baritone, and bass can truly revel in some of the most thrilling vocal music ever written. Opera companies produce this work only when they can cast fabulous singers with masterful techniques and superb style. Bellini places them within a sweeping historical drama in 17th-century England, in which a passionate young couple find themselves caught up in a conflict between opposing political factions. 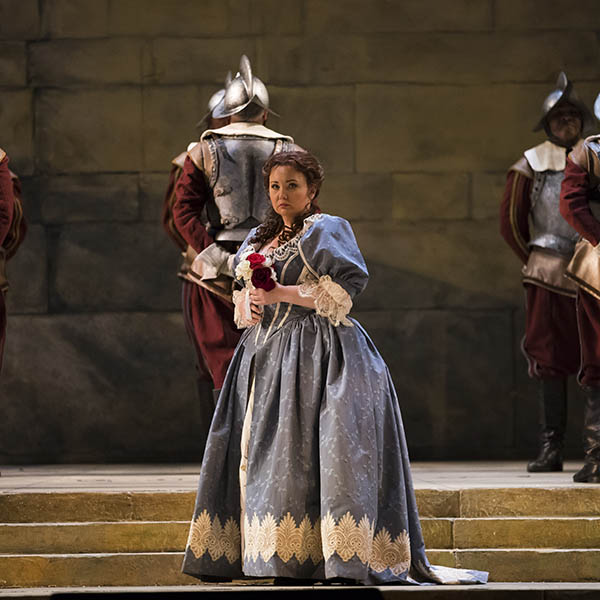 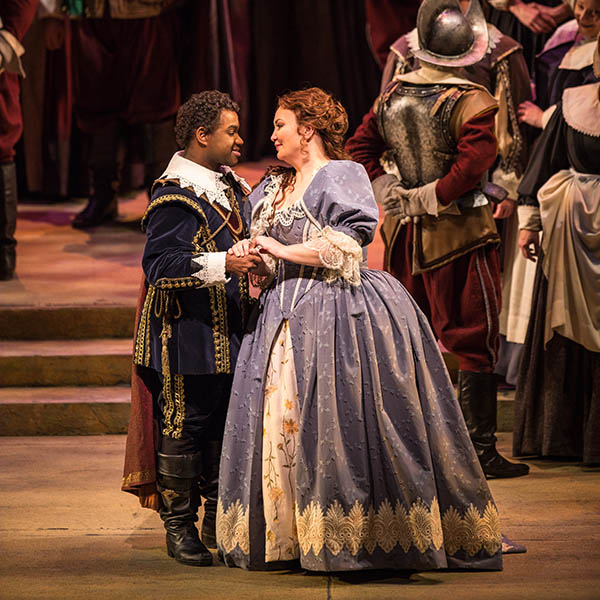 This season, Lawrence Brownlee returns to the Lyric stage in another bel canto role he has truly made his own, Arturo in Bellini's I Puritani.

I Puritani: Vocal Fireworks and Passions That Run High

The Olympics are coming! You may be excited about the athletics that will be taking place in Seoul, but equally as thrilling is the feat of acrobatic vocals that will be coming to Lyric's stage when I Puritani opens.

Brilliant bel canto singing and Olympic sports have more in common than you might think. We asked members of Lyric's I Puritani team two questions to illustrate that point. Here's what they had to say.

During the English Civil War, the emotionally fragile, Puritan woman Elvira and the heroic Royalist Arturo have fallen in love and are to be married. However, another Puritan, Riccardo, is in love with Elvira and has been promised her hand in marriage. The star-crossed lovers’ story unravels in a tangle of political intrigue, deception, misunderstanding, and madness, but the power of true love may be able to conquer all.

Go inside this production of I puritani with engaging articles, notes from the director, a complete plot synopsis, artist bios, and more.

Lyric presentation of Bellini’s I Puritani generously made possible by