Superstar American diva Roxane Coss has flown to Peru to sing at the vice president's home for a visiting Japanese mogul who is an opera buff. Dignitaries of every nationality are there — but an international crisis explodes when terrorists storm the mansion and take everyone hostage. Isolated for months, unlikely alliances form between captors and captives as fear and anger mingle uneasily with desire and even love. Music is the one universal language — but can it draw forth the humanity that exists in us all?

The extraordinary international cast of Bel Canto is led by Danielle de Niese, who caused a sensation as Lyric's Cleopatra in 2007. Sir Andrew Davis teams up with Kevin Newbury(Anna Bolena) for this world premiere with a libretto by Pulitzer Prize winner Nilo Cruz and music by Jimmy López, a native of Peru and "one of the most interesting young composers anywhere today." Chicago Sun-Times 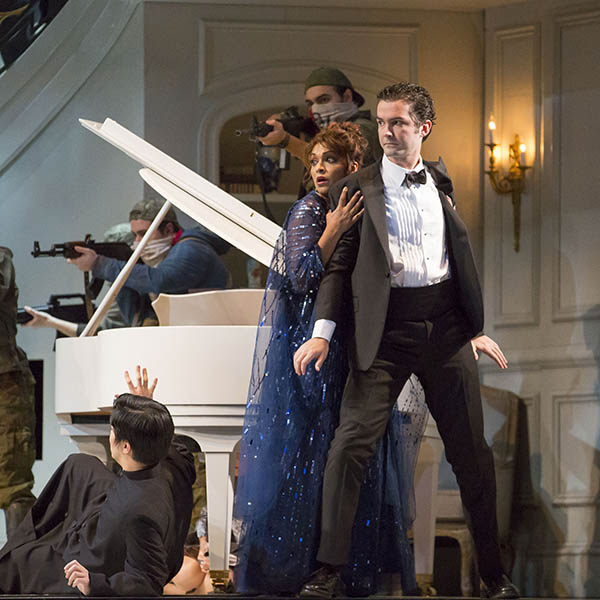 © 2015/16 Lyric Opera Commentaries
All rights reserved. Recording & Production services provided by Mark Travis.
A project of the Women's Board. 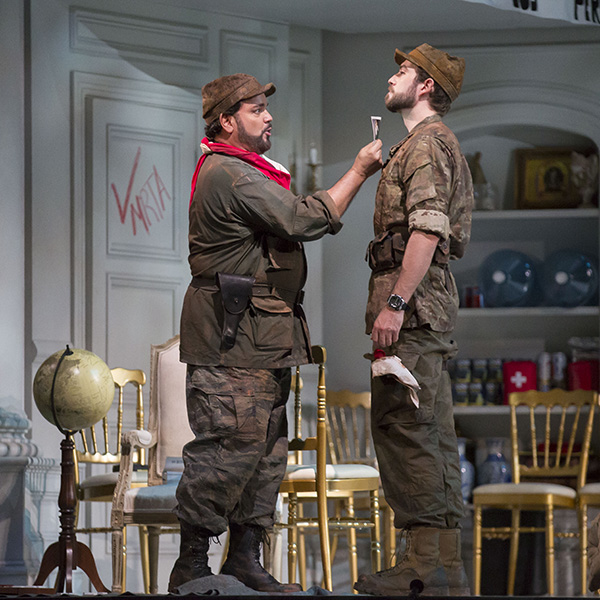 Behind the Scenes of Bel Canto

In anticipation of the premiere of Bel Canto, Lyric is excited to offer audiences exclusive musical sneak peeks, free events, and online resources all designed to explore the process of taking a story from the page to the stage.

A Sneak Peek: The Music of Bel Canto

Recently, we were invited into an early rehearsal of Bel Canto, led by Lyric chorus master Michael Black and featuring the men of the Lyric Opera Chorus. With only piano accompaniment representing the full orchestral score, listen to some of López's haunting melodies revealed in the rehearsal room!

The Reviews are in for the Bel Canto World Premiere!

Bel Canto had its world premiere at Lyric on December 7. See for yourself what the critics are saying!

Lyric is excited to share that Thirteen Productions LLC for WNET New York has selected the world-premiere production of Bel Canto to be part of the prestigious Great Performances television series on PBS.

When Lyric asked Danielle de Niese to star as diva Roxane Coss in the world premiere of Bel Canto, "I was completely beside myself – really gobsmacked," the renowned Australian-born soprano recalls.

All of us at Lyric are eager to make Bel Canto the focus of your fall reading and we're pleased to offer the brand-new Bel Canto book-and-opera discussion guide.

Behind the Scenes with the Bel Canto Creative Team

It's exciting – and complicated! – to get a brand-new opera from page to stage.

Go inside this production of Bel Canto with engaging articles, notes from the director, a complete plot synopsis, artist bios, and more.

Bel Canto was created with funds from the Prince Prize for Commissioning Original Work, which was awarded to Jimmy López and Lyric Opera of Chicago in 2013.

Steingraeber & Söhne is the Official Piano of Lyric’s new production of Bel Canto, in partnership with the Grand Piano Haus, Skokie, Illinois.