It's exactly what you want a Strauss opera to be — deliciously extravagant!

Can the elegantly alluring Marschallin find lasting happiness with her lover Octavian, who's half her age? Does the hot-blooded Baron really think his exalted position guarantees that young Sophie will be his wife? All bets are off when Sophie receives an engagement rose from the Baron — delivered by the devastatingly handsome Octavian. Love, sex, fidelity, and aging are delicately explored in a masterwork that artfully blends laugh-out-loud humor with insightful poignancy.

Der Rosenkavalier is a grand event with more than 100 musicians, famous waltzes, and ravishing performances in store from Alice Coote, Sophie Koch, and Amanda Majeski — glorious singing actresses who have each triumphed at Lyric and internationally. And treat yourself to two eagerly awaited Lyric debuts: celebrated British bass Matthew Rose and silver-voiced German soprano Christina Landshamer. 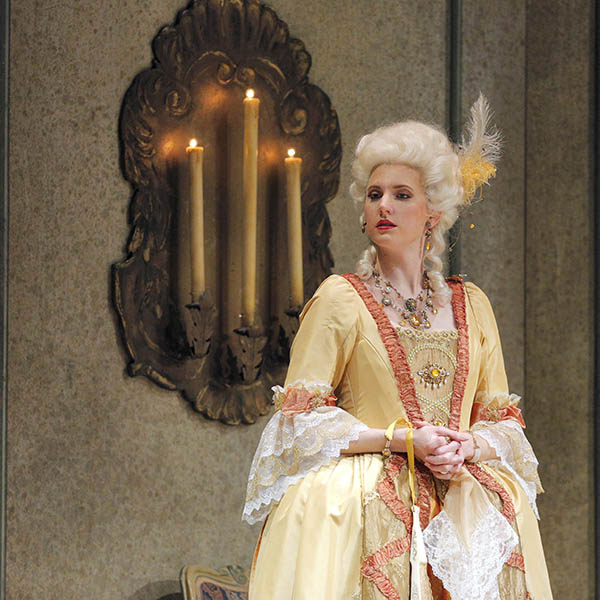 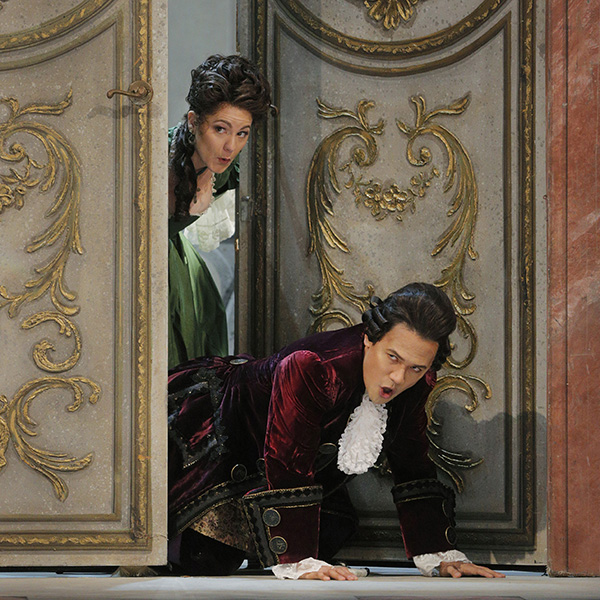 There's a worldly-wise woman, Princess von Werdenberg, wondering if her much-younger lover, Octavian, is going to leave her. And there's the innocent young Sophie falling head over heels for Octavian, who's desperate to keep her from marrying the wrong man — that's the romantic side of Richard Strauss's Der Rosenkavalier, an opera the whole world has been in love with for more than a century.

A New Octavian at Lyric

Ladies and Gentlemen! There's a new Count Octavian between the sheets this month in Lyric's ebullient production of Der Rosenkavalier. English mezzo-soprano Alice Coote returns to Lyric for the final performances as the teenaged "Cavalier of the Silver Rose."

Go inside this production of Der Rosenkavalier with engaging articles, notes from the director, a complete plot synopsis, artist bios, and more.