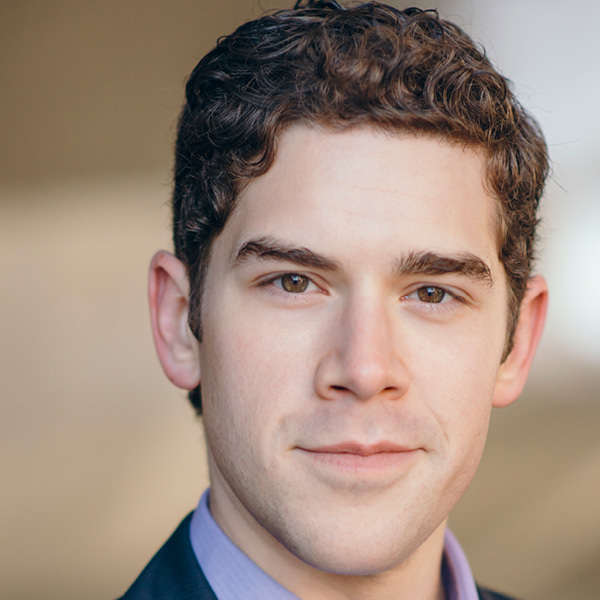 The tenor’s first new production at Lyric brings him into “an opera I’d never spent much time with at all, because I never thought I’d be in it, and here I am! I’ve heard from people forever about how every character in The Marriage of Figaro has to be into everything that happens, and so much happens offstage that informs what you see onstage. You have to work it more in depth than other operas, because it’s such an ensemble show. It’s amazing the way the finale of Act Two builds in a huge crescendo as you keep adding people. I hadn’t anticipated being so excited about the whole opera.” A second-year Ryan Opera Center member and a native of Macon, Georgia, Johnson holds a Professional Artist Certificate from the University of North Carolina School of the Arts, where his leading roles included Ruggero/La rondine, Lechmere/Owen Wingrave, Azaël/Debussy’s L’enfant prodigue, and Fenton/Die lustigen Weiber von Windsor. Johnson’s other performance credits include Ezekiel Cheever/ The Crucible (Piedmont Opera), and both the title role/Candide and Rev. Horace Adams/Peter Grimes (Aspen Summer Music Institute). At Mercer University, where the tenor received his bachelor of music degree, he sang the title role/Cavalli’s L’Egisto, Camille de Rosillon/The Merry Widow, and Nemorino/L’elisir d’amore. Jonathan Johnson is sponsored by Mr. and Mrs.William C. Vance.