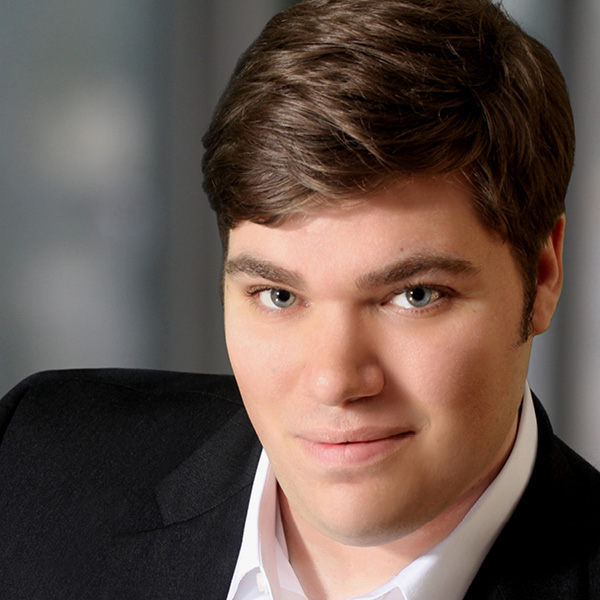 A second-year Ryan Opera Center member and native of Des Moines, Iowa, the tenor will return to Lyric’s stage later this season in Der Rosenkavalier. In May he will be featured with soprano Christine Brewer in the Harris Theater’s “Beyond the Aria” series. Donner completed graduate studies at the University of Michigan, where his roles included Bacchus/ Ariadne auf Naxos and the title role/Viktor Ullmann’s Der Kaiser von Atlantis. Donner also holds a bachelor of music degree in vocal performance from Iowa State University. In 2015 Donner won the coveted Luminarts Fellowship for Men’s Classical Voice and was awarded the Grand Prize in the Bel Canto competition. Formerly, he received the 2014 George Shirley Award for Opera Performance and a special encouragement award from the 2014 Metropolitan Opera National Council Regional Auditions. Other performing credits include his debut with Opera in the Ozarks as Pinkerton/Madama Butterfly, as well as concert appearances with the Civic Orchestra of Chicago, the Toledo Symphony, Adrian Symphony, and University of Michigan Symphony Orchestra. Jesse Donner is sponsored by Robert C. Marks and Susan M. Miller.