More than half a century before Man of La Mancha, Massenet brought Cervantes’s universally beloved dreamer Don Quixote to the operatic stage. Inspired by the greatest of all Spanish novels, Don Quichotte is the story of an eccentric idealist and self-proclaimed knight errant who tilts at windmills and fights for the honor of his lady Dulcinée. The opera combines Massenet’s fabulously atmospheric music with his own matchless theatrical flair to conjure a Spain that abounds with energy and spirit, beauty, and hope. Legendary bass Ferruccio Furlanetto bringing this signature role to vivid life with Sir Andrew Davis conducting in a production that is as gorgeous to see as it is to hear. 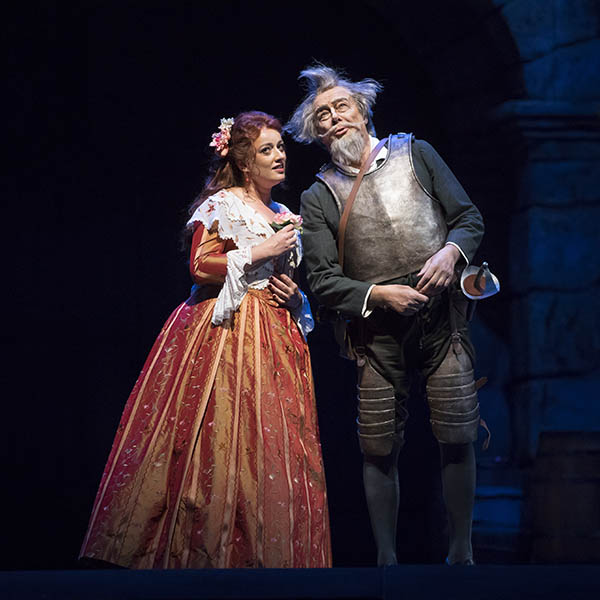 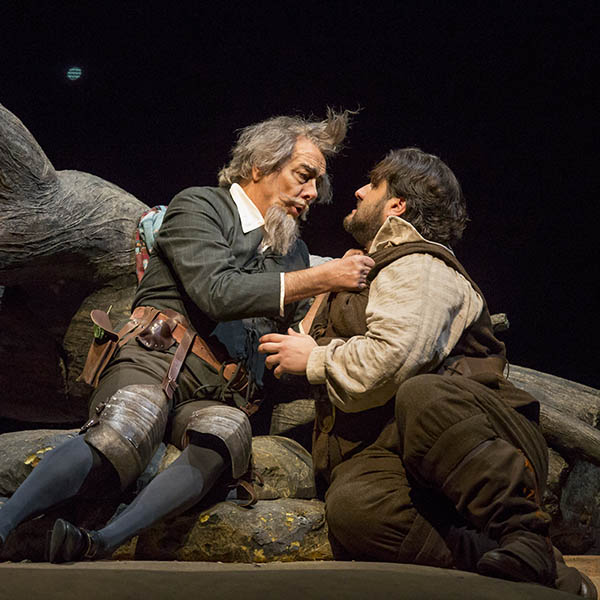 Ferruccio Furlanetto Returns in his Favorite Role with Don Quichotte

Don Quichotte — Dream Big. Live with Honor. Be a Legend.

Massenet's Don Quichotte was inspired by Cervantes's Don Quixote, the story of an eccentric idealist and self-proclaimed knight errant who tilts at windmills and fights for the honor of his lady love. The opera combines Massenet's fabulously atmospheric music and his own matchless theatrical flair to conjure up a Spain that abounds with energy, spirit and beauty.

The weather outside was frightful, but the sun-dappled and starlit scenes onstage were delightful as Lyric's heartwarming presentation of Don Quichotte opened. Here's a small sampling of the rave reviews.

In a small Spanish town a beautiful young woman, Dulcinée, is wooed by many men, but she hopes to meet a noble knight. The aging Don Quichotte and his servant, Sancho Pança, arrive in the town. Enchanted by Dulcinée, Quichotte offers to serve her. She asks him to bring back a necklace that bandits stole from her. Along the way, he mistakes windmills for giants interfering with his quest and battles against them. Meeting the bandits, he touches their hearts and they gladly give back the necklace. Quichotte returns it to Dulcinée, who laughs at his proposal of marriage but later admits that she feels unworthy of Quichotte’s devotion. On a mountain path Quichotte is resting as Sancho comforts him. He dies thinking of Dulcinée.

PLACE: In and around a small town in Spain.

Go inside this production of Don Quichotte with engaging articles, notes from the director, a complete plot synopsis, artist bios, and more.

Don Quichotte is a production of San Diego Opera.