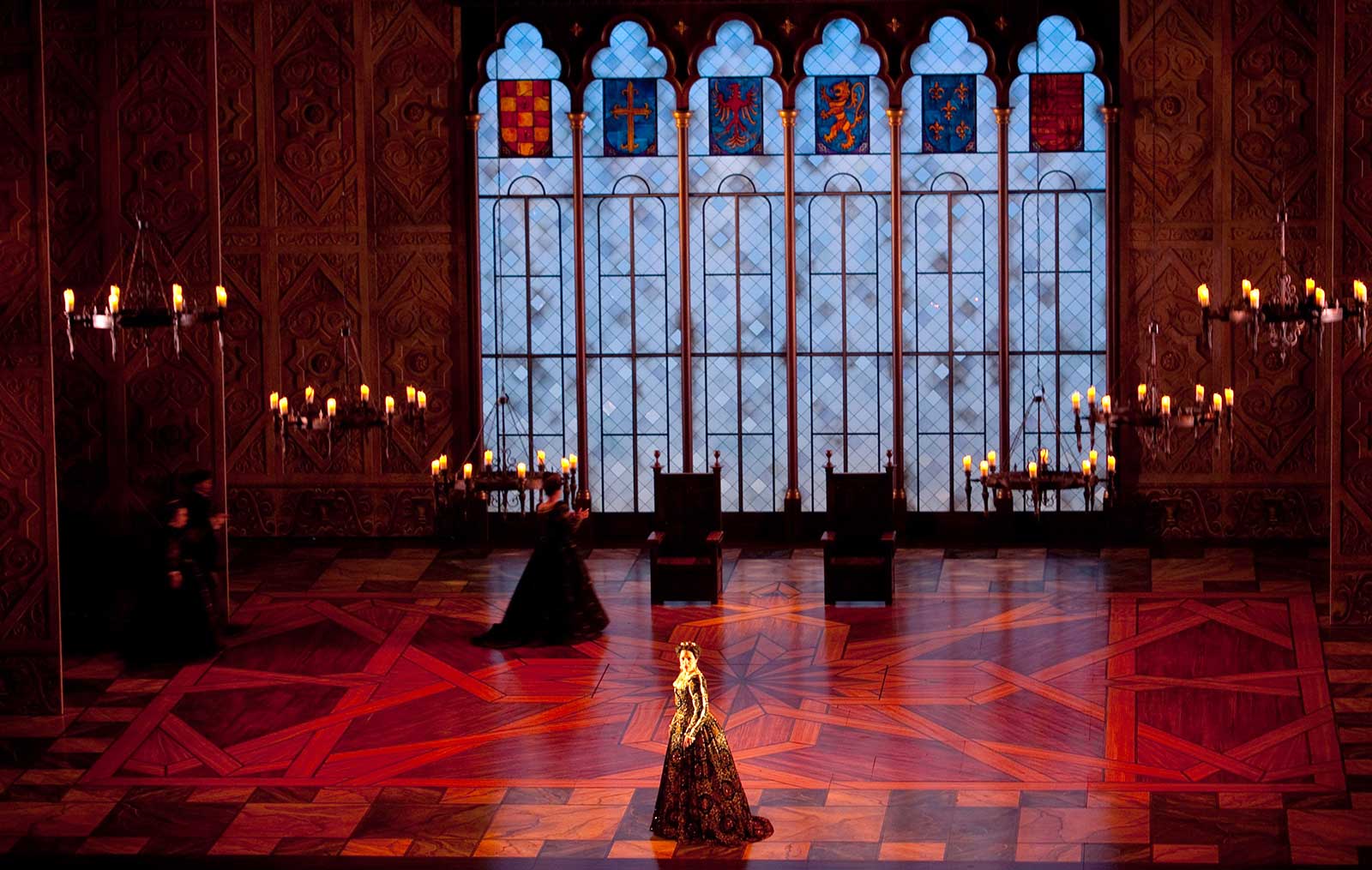 What you need to know about Verdi's Ernani

CHICAGO (7/20/22) — Lyric Opera of Chicago kicks off the cultural season with a bang as Verdi’s Ernani takes the Lyric Opera stage, with performances from September 9 to October 1, 2022. Written as Verdi was coming into his power as a composer, Ernani is a must-see operatic thrill ride full of grand-scale arias, explosive choral numbers, and unforgettable performances from a cast featuring four of today’s greatest American opera singers.

A triumphant return to grand opera. Lyric’s 2022/23 Season—the 68th in its history—opens with Ernani, reintroducing Chicago to one of the most chaotic and ill-fated love quadrangles of all time. As a disgraced nobleman-turned-bandit, a ruthless king, and an elderly uncle all vie for the hand of a troubled woman, audiences will be privy to the inner workings of royalty, secrecy, doomed romance, and *gasp* betrayal, culminating in one of opera’s most dramatic works of all time…and that’s saying something.

A hearty welcome awaits Music Director Enrique Mazzola, opening his second season with the latest installment of Lyric’s acclaimed early Verdi series. Following his success with the 2021/22 Season’s productions of Macbeth and The Elixir of Love, Mazzola continues to be an unstoppable force in opera. For the first of his two Verdi productions this season (Don Carlos opens later this fall), Mazzola partners with skilled director Louisa Muller—who audiences remember from her work on last season’s celebrated Tosca—as she artfully reimagines the irresistibly chaotic world of Ernani.

Move over Romeo and Juliet, there’s a new pair of star-crossed lovers in town. Riding off of the success of last season’s thrilling Verdi Voices concert, tenor Russell Thomas and soprano Tamara Wilson lead this production with their established Verdian style. Audiences will remember Thomas as Cavaradossi from last season’s Tosca and from his Canio in Lyric’s original production of Pagliacci for film. Here, Thomas stars as the unlucky-in-love Ernani alongside Wilson’s conflicted Elvira. This production marks the return of Wilson, a Naperville native, to Lyric following her performance as Leonora in Verdi's Il trovatore (also opposite Thomas) in the 2018/19 Season. Together, these doomed lovers deliver the gold standard of powerhouse performances.

Roll call! The next generation of stars returns, with two distinguished alumni of Lyric’s renowned artist-training program—the Patrick G. and Shirley W. Ryan Opera Center—in leading roles: baritone Quinn Kelsey as Carlo and bass-baritone Christian Van Horn as Silva. Last season, Kelsey made his role debut as Tonio alongside Russell Thomas in Pagliacci. Van Horn has been seen in two recent Lyric productions of Verdi: as Count Walter in Luisa Miller (alongside Kelsey’s Miller) in the 2019/20 Season and as Banco in Macbeth in the 2021/22 Season. Ernani also features three current members of the Ryan Opera Center Ensemble: Katherine DeYoung as Giovanna, Alejandro Luévanos as Riccardo, and Ron Dukes as Jago.

Ballgowns & castles & bandits, oh my! This larger-than-life production also welcomes back the opulent set and costume design of Lyric’s Scott Marr, lighting by Duane Schuler, and a vast chorus directed by Lyric’s chorus master, Michael Black. Ultimately, audiences are in for a night filled with endless drama, gorgeous melodies, and Lyric’s unmatched splendor.

Lyric breathes new life into Verdi’s classic spectacle, rolling out the red carpet for performers and guests alike. With only five performances, a bevy of operatic excellence, and the return of veteran Lyric performers, Ernani is a quintessential experience for both seasoned opera lovers and those looking to dip their toes in the water. Witness the entire breakdown of the messiest love story in history—only at Lyric Opera of Chicago.

Lyric’s presentation of Verdi's Ernani is generously made possible by

Lyric Opera's Season is presented by

Lyric Opera of Chicago thanks its Official Airline, American Airlines, and acknowledges support from the Illinois Arts Council Agency