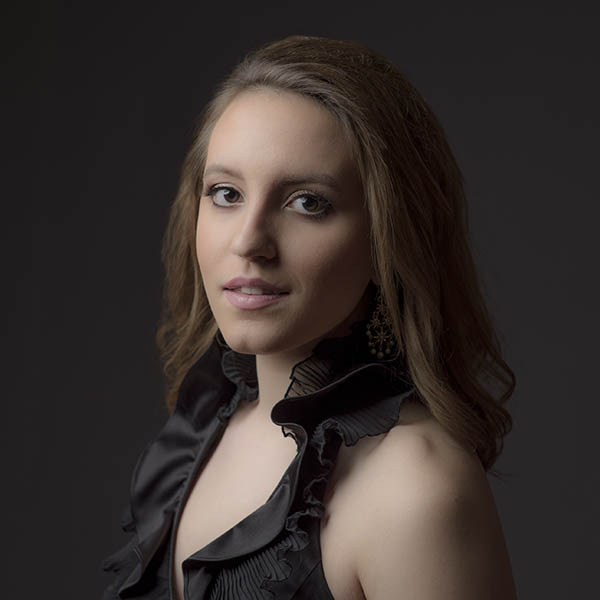 Soprano Emily Pogorelc, a Milwaukee native and second-year Ryan Opera Center member, is a 2018 graduate of Philadelphia’s Curtis Institute of Music. Shortly after her graduation, she received the Ginette Theano Prize for Most Promising Talent at the inaugural Glyndebourne Opera Cup competition; starred as Cunegonde/Candide at Washington National Opera (debut); and participated in the Aix-en-Provence Festival’s Mozart Residency program. Pogorelc has been featured at the Glimmerglass Festival as Romilda/Xerxes, Johanna/Sweeney Todd, and Berenice/L’occasione fa il ladro. Her successes in contemporary works include Chan Parker/Daniel Schnyder’s Charlie Parker’s Yardbird at the Apollo Theater in Harlem (New York premiere, national broadcast) and the title role/David Hertzberg’s The Rose Elf (Opera Philadelphia). In addition to numerous roles at Curtis, the soprano has been a soloist in Luciano Berio’s Sinfonia with the Curtis Symphony Orchestra and has also performed with the New Jersey Symphony and Madison Symphony. Among her many honors and awards are first prize in The Carolyn Bailey and Dominick Argento Vocal Competition, first place in the Classical Singer Magazine Competition, and a grant from the Gerda Lissner/Liederkranz Foundation’s Lieder/Art Song competition. Pogorelc was seen at Lyric last season as Noémie/Cendrillon (debut) and the Trainbearer/Elektra. In 2019/20, she performed a Paralegal/Dead Man Walking and Masha/The Queen of Spades.