“The Impossible Dream” from Man of La Mancha

After opening off-Broadway in 1965, Man of La Mancha transferred triumphantly to Broadway three years later, where it enjoyed a long run. The show’s most familiar musical number, “The Impossible Dream,” has been a vehicle for countless solo artists, among them Frank Sinatra, Elvis Presley, Johnny Mathis, and Jennifer Hudson.

The show’s protagonist, Miguel de Cervantes, is in prison, where the convicts surrounding him want to steal the contents of his trunk. He’ll yield to them if he’s defeated in a mock trial. Cervantes offers his own defense through a play of his own devising, impersonating the knight Don Quixote de la Mancha while the prisoners take on the other parts. One of those characters is Aldonza, a serving girl at an inn where Quixote stops on his adventures. The idealistic Quixote views Aldonza as his lady, calling her “Dulcinea.” He sings to her about his quest in a mesmerizing melody that begins quietly but gradually builds to a stupendous climax. The song reveals Quixote’s longing to right all wrongs, however difficult the odds against him may be. 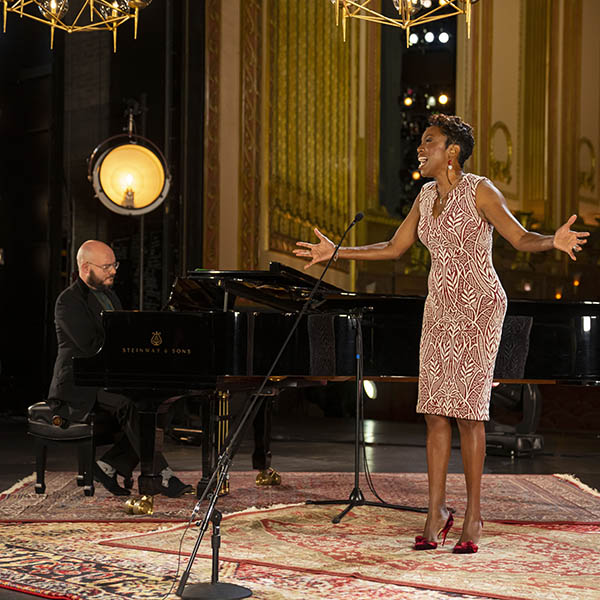