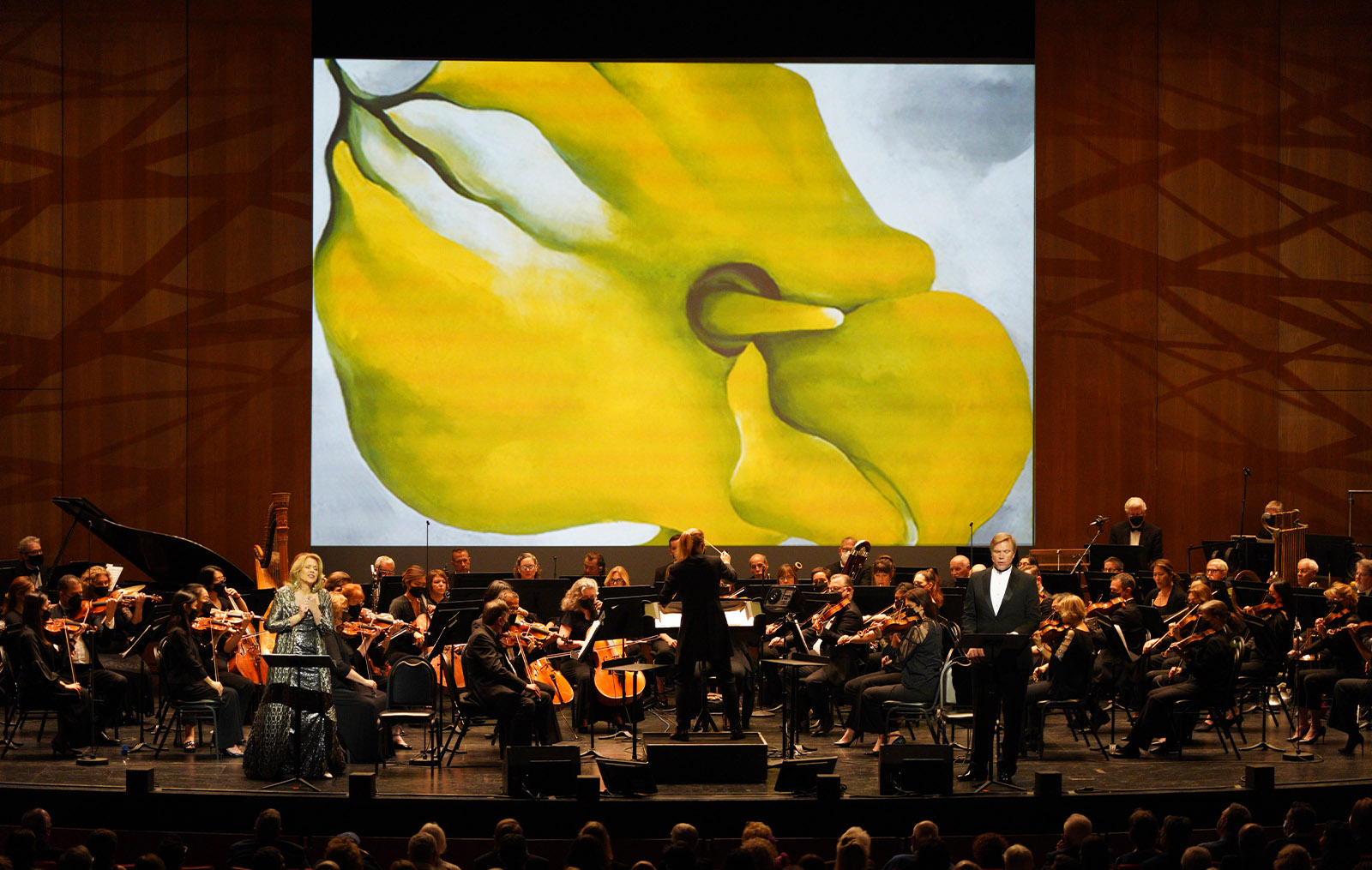 Tickets are on sale now.

The Brightness of Light is based on letters between legendary painter Georgia O’Keeffe and her husband, photographer Alfred Stieglitz. These texts and Puts’s remarkable music offer a marvelous showcase for the probing, profoundly connecting, and sensitive artistry of Fleming and Gilfry as they perform against evocative projections that mingle O’Keeffe and Stieglitz’s art, photos, and letters to create a cinematic backdrop for the evening.

World-renowned soprano Renée Fleming has performed ten iconic leading roles at Lyric—from the title role in Susannah for her debut in the 1993/94 Season to Hanna Glawari in The Merry Widow in the 2015/16 Season—in her nearly three-decade association with the company, which also includes service as Lyric’s first-ever Creative Consultant, as vice president of the Board of Directors, as Artistic Director of Chicago Voices, and as the company's current Special Projects Advisor. She served as curator of the world premiere of Bel Canto in Lyric’s 2015/16 Season and serves in the same role for Proximity, which will have its world premiere at Lyric later in the 2022/23 Season.

Two-time Grammy nominee Rod Gilfry has appeared at Lyric as Olivier in Capriccio, as Figaro in Il barbiere di Siviglia (1994/95 Season), and as Marcello in La Bohème (2001/02 Season). Central to his 75-role repertoire are the 13 leading roles he has created for new operas, such as Claudius in Brett Dean's Hamlet for the Glyndebourne Festival, a role he recently performed at the Metropolitan Opera. Later this season, he sings Don Alfonso in Così fan tutte at The Dallas Opera, Scarpia in Tosca at Houston Grand Opera, and Claudius at the Bavarian State Opera in Munich.

For more information on The Brightness of Light, visit lyricopera.org/brightness.

The Enrique Circle is comprised of Lyric's most dedicated supporters who are committed to championing Maestro Enrique Mazzola's exciting artistic vision and legacy.