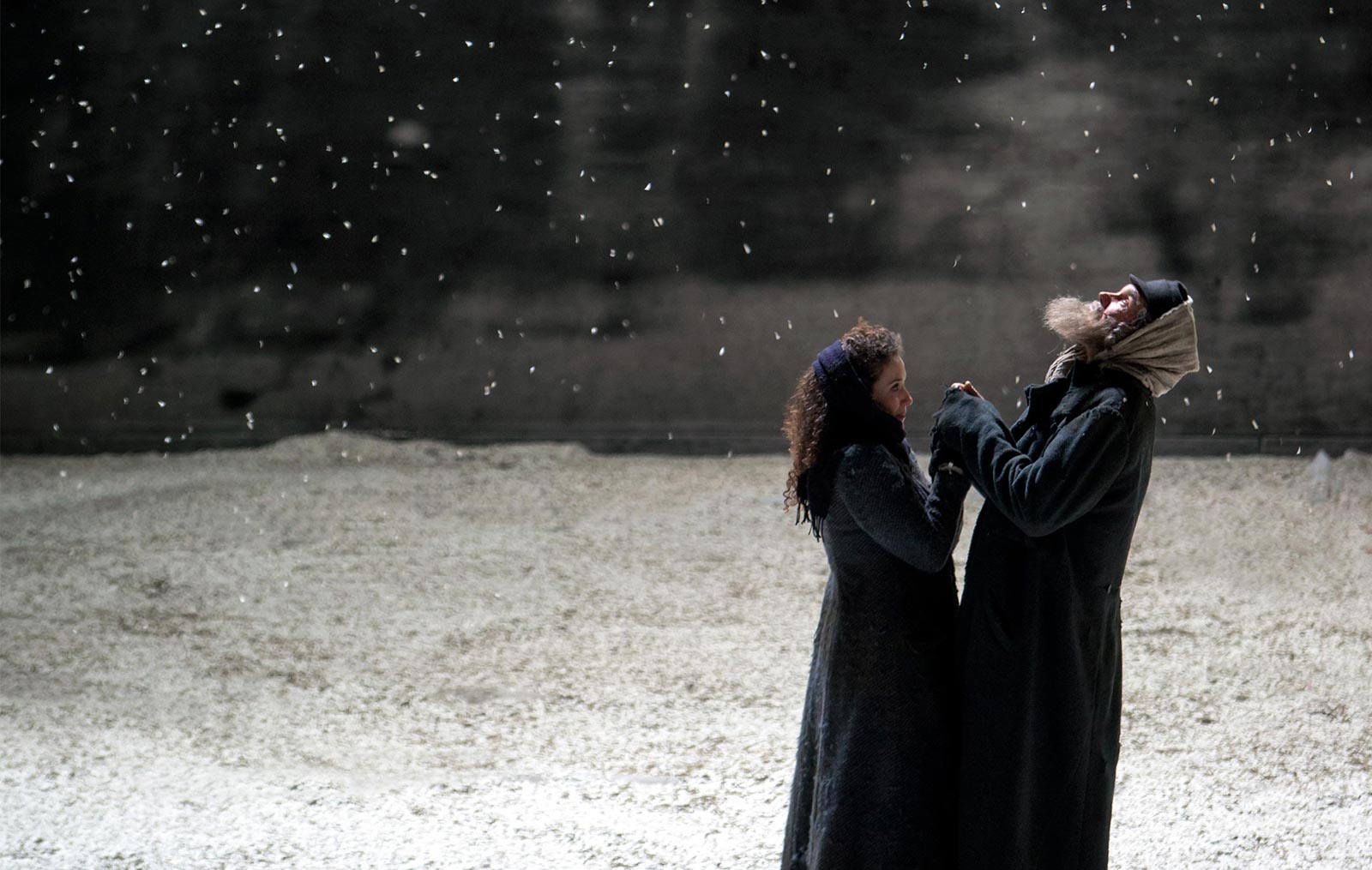 CHICAGO (4/20/2022) – Single tickets are on sale now for two of the most anticipated events of Chicago’s 2022/23 cultural season, Lyric Opera of Chicago’s grandly scaled productions of two classic musicals: the North American premiere of a newly reimagined Fiddler on the Roof and a revival of West Side Story, the best-selling musical in Lyric history.

"We are so excited to bring both of these productions to Chicago audiences: a Fiddler on the Roof that is like nothing you've ever seen before, and the return of Lyric's sensational West Side Story," says Lyric General Director, President & CEO Anthony Freud. "Only Lyric Opera of Chicago can bring the scale, the staging, the artistry, and the impact that make experiencing a musical in the opera house an unmatched theatrical thrill."

Single tickets are available beginning today, online at lyricopera.org/broadway, by calling Lyric Audience Services at 312.827.5600, or by visiting the Box Office at the Lyric Opera House. Good seats are currently available for all performances, but limited availability is anticipated for many dates.

An intensely theatrical production of Fiddler on the Roof, which is both joyful and heartbreaking, makes its long-planned North American debut at Lyric, September 17 – October 7, 2022. This heralded production, conceived by the visionary director Barrie Kosky as a tribute to his own Jewish heritage, keeps the "Tradition" center stage while telling the story with Kosky's innovative stagecraft. When this version of the blockbuster show premiered in Berlin in 2017, international critics heralded the arrival of a completely original and unique vision of the musical, a theatrical experience both grand in scale and intimate in its power. "Full of fresh impulse and high-octane exuberance," said The New York Times.

In 2019, Lyric’s larger-than-life new production of West Side Story took the city by storm with sold-out performances. The acclaimed show returns to Chicago June 2 – 25, 2023, and will be the must-have ticket of next year. Leonard Bernstein’s lush music, Stephen Sondheim’s endearing lyrics, and Jerome Robbins’s bold and iconic choreography combine for an unforgettable live experience that smolders and sizzles with energy. West Side Story, one of the most successful shows in Lyric’s history, is directed by Francesca Zambello, whose productions of Porgy and Bess, Florencia en el Amazonas, and Show Boat were beloved by Lyric audiences.

Both Fiddler and West Side Story offer Chicago theatergoers a unique musical immersion with the full forces of the renowned Lyric Opera Orchestra, members of the powerful Lyric Opera Chorus, and a cast of seasoned Broadway and musical theater performers. And both musicals are presented on the largest stage in Chicago in the acoustically stunning Lyric Opera House, with its brand-new plush seating, widened aisles, improved sightlines, and enhanced accessibility. It’s the best venue in Chicago to see the best in musical theater.

Complete casting for Fiddler and West Side Story will be announced soon. For more information and to purchase tickets, visit lyricopera.org/broadway.

Lyric Opera's Season is presented by

Lyric Opera of Chicago thanks its Official Airline, American Airlines, and acknowledges support from the Illinois Arts Council Agency

Lyric's presentation of West Side Story is generously made possible by Lead Sponsor The Negaunee Foundation with additional support from The Davee Foundation and Bank of America.