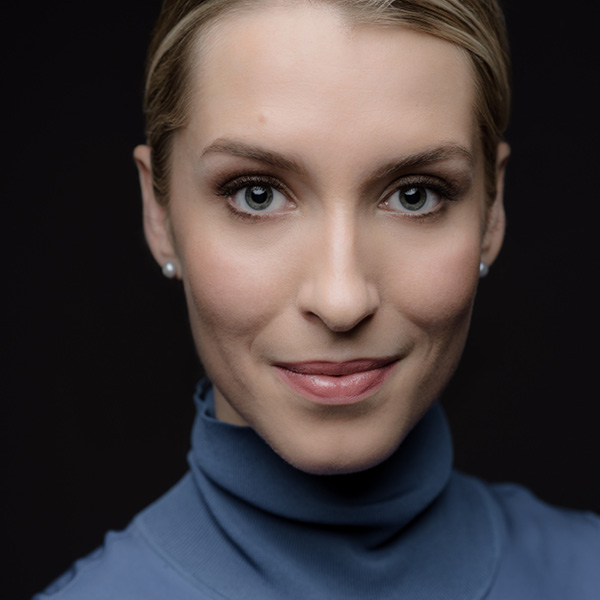 Mezzo-soprano Kayleigh Decker, spent two years as a Ryan Opera Center Ensemble member. She hails from Woodstock, Maryland and is an alumna of the University of Cincinnati College-Conservatory of Music and the Oberlin Conservatory. She was selected to participate in the 2019 SongStudio at Carnegie Hall and, in the spring of 2018, was a Schwab Vocal Rising Star with Caramoor and the New York Festival of Song. She was also chosen to return to Carnegie Hall in January 2020 to give a recital as part of their Citywide series. Decker is a former young artist of The Glimmerglass Festival, Opera Theatre of Saint Louis, and Utah Festival Opera. She has also been a participant in the Houston Grand Opera Young Artists Vocal Academy. Decker’s time in Cincinnati included the title role/Ariodante, the Fox /The Cunning Little Vixen, Prince Charming/Cendrillon, and Idamante/ Idomeneo, all with CCM Opera, as well as the title role in La Cenerentola with Queen City Opera. Among Decker’s many honors are first place in the Musicians Club of Women Scholarship Competition, a 2019 Luminarts Fellowship, and a 2019 Sara Tucker Study Grant from the Richard Tucker Foundation. In Lyric’s 2018/19 season, Decker sang Second Cretan Woman/Idomeneo (debut) and Dorothée/Cendrillon. In 2019/20, she sang Kate Pinkerton/Madama Butterfly.