“Lulu’s Back in Town”

Composer Harry Warren (born Salvatore Antonio Guaragna, 1893-1981) and lyricist Al Dubin (1891-1945) were one of the most successful duos writing American popular songs during the 1930s and '40s. Warren had a long, happy life; Dubin had problems in his marriages and with drugs and alcohol, dying at the age of 53. He met Warren in 1925, and their collaboration in Hollywood produced the greatest successes of Dubin's career, including several songs for the hit 1933 musical 42nd Street. The two were awarded an Oscar for "Lullaby of Broadway," heard in the film Gold Diggers of 1935. Warren went on to work with other lyricists, winning two more Oscars: with Mack Gordon for "You'll Never Know" (1943) and with Johnny Mercer for "On the Atchison, Topeka, and the Santa Fe" (1945). In a career lasting nearly six decades he composed more than 800 songs, among them standards such as "Chattanooga Choo-Choo," "I Only Have Eyes for You," and "That's Amore."

One of Warren and Dubin's hits from their Hollywood days was "Lulu's Back in Town," the classic expression of an eager young man attempting to ready himself to make his best impression on an attractive woman. The song was performed by actor/singer Dick Powell and the Mills Brothers in Broadway Gondolier in 1935. In the same year pianist/composer/singer Fats Waller made his famous recording of the song, and subsequently it was a success for such prominent artists as Mel Tormé, Oscar Peterson, and Thelonius Monk.

The American baritone and Ryan Opera Center alumnus earned critical acclaim as Dizzy Gillespie/Charlie Parker’s YARDBIRD (world premiere, Opera Philadelphia), a role he reprised at Lyric, London’s English National Opera, Madison Opera, and at the Apollo Theater in Harlem. He has also portrayed Malcolm Fleet/Marnie (Metropolitan Opera), Figaro/The Barber of Seville (Seattle Opera, Kentucky Opera, Virginia Opera), and Papageno/The Magic Flute (Milwaukee’s Florentine Opera and Opera Colorado). Recent performance highlights include Horehamb/Akhnaten and a reprisal of Papageno (both at the Metropolitan Opera), Silvio/Pagliacci (Opera Colorado), and Schaunard/La bohème (Opera Philadelphia, Santa Fe Opera, Dallas Opera), as well as a live-streamed recital with Valhalla Media at Chicago’s Studebaker Theater featuring works by African-American composers including Damien Sneed and Margaret Bonds. Later this season, Liverman is scheduled to appear as Leporello/Don Giovanni at LA Opera and the Huntsman/Rusalka at the Metropolitan Opera. He has sung the title role in a concert version of Porgy and Bess with the Orchestre Symphonique de Montréal, performed with the Civic Orchestra of Chicago in Mozart’s Mass in C Minor, in Orff’s Carmina Burana and Handel’s Messiah as a guest artist at the University of Chicago, and as baritone soloist/Brahms’s A German Requiem with the Las Vegas Philharmonic. A graduate of Wheaton College, Liverman received a 2018 Sphinx Medal of Excellence, a 2017 3Arts Award and a George London Award. In 2015, he won the prestigious Stella Maris International Vocal Competition. 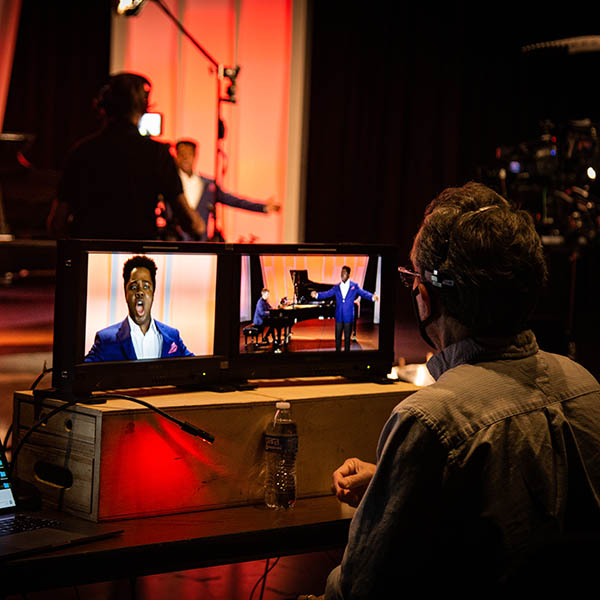