Maria Callas Returns to the Stage at Lyric in September (!) with an Innovative Hologram Concert Tour

Yes, you read that right. Legendary opera diva Maria Callas returns to the Lyric Opera House in three months — where she made her American debut in the title role of Norma in 1954, to open the company’s very first season. 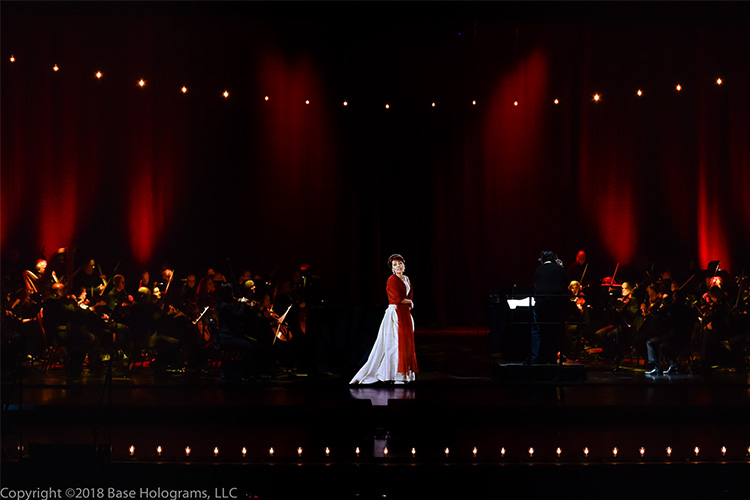 Performing many of her signature arias with the spectacular sound of the Lyric Opera Orchestra playing live on stage (conducted by Eímear Noone), the internationally renowned musical sensation is set to return with Callas in Concert — The Hologram Tour. The September 7 concert is a co-presentation of Lyric Opera of Chicago and Live Nation.

Through cutting-edge technology and extraordinary theatrical stagecraft, this first-of-its-kind live concert tour brings the fabled opera star back to Lyric Opera of Chicago, 64 years after her final appearance here and 42 years after her death. Breathtaking state-of-the-art digital and laser projection creates a live full-concert experience featuring original recordings that have been digitally remastered.

Maria Callas (1923 - 1977) had a truly unique impact on the world of opera as the definition of the diva as artist and remains one of classical music's best-selling vocalists. This international tour is directed by The Juilliard School’s Stephen Wadsworth, whose credits include Terrence McNally’s play Master Class on Broadway and productions at many opera houses associated with Callas, including La Scala, the Met, and Covent Garden. This tour, created by Base Hologram productions, allows audiences to experience the legendary emotional and musical force that is Maria Callas.

“The event appeals to generations of audiences who never experienced Callas and who may know little about her beyond her reputation, as well as to opera lovers who are very familiar with her work, her recordings, and her complex life story,” said Wadsworth. “We’ve had the opportunity to curate one of the greatest artists of the 20th century, and we [have done] that with great care – from her fantastically diverse repertoire to her revealing gestural language and her complicated relationship with her audience. We are all in different ways close to Callas’s influence, because her work had a huge impact on every artist working in music, opera, acting, stage design, and fashion.” 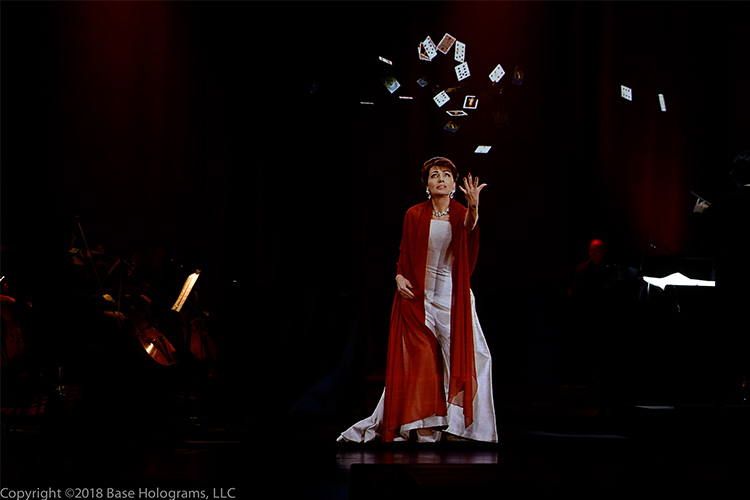 From one moment to the next, audiences feel her passionate heat, cool detachment, heartrending vulnerability, fierce confidence, and breathtaking grace. Audiences bear witness as she inhabits her operatic characters and evokes the drama that inspired her devotees to call her “La Divina.”

Maria Callas made her sensational American debut at Lyric Opera of Chicago in the company’s first season. In November 1954 she triumphed in the title role of Bellini’s Norma to open the premiere season, as Violetta in Verdi’s La traviata, and in the title role of Donizetti’s Lucia di Lammermoor. Callas opened Lyric’s 1955 season as Elvira in Bellini’s I puritani, followed by Leonora in Verdi’s Il trovatore and Cio-Cio-San in Puccini’s Madama Butterfly — her only staged performances of that role. When a third performance was added, it sold out the 3,563-seat house in 98 minutes.

Warner Classics, the label of Maria Callas’s recorded legacy, has provided the sound recordings of the diva’s voice for this experience. The recently released Callas: Live (42-CD) and Callas Remastered (complete studio recordings 69-CD), all remastered with the latest technology, have been hailed as revelatory. In addition, Warner Classics has released a CALLAS IN CONCERT CD recording, which features the program of the show.

Tickets are on sale now for the one-night-only experience on Saturday, September 7 at 7:30pm in the Ardis Krainik Theatre of the Lyric Opera House, 20 N. Wacker Dr. You won't want to miss it!

Callas in Concert — The Hologram Tour

For reservations and more information, go to lyricopera.org/Callas or call the Audience Services Department at 312.827.5600. Tickets range from $39-$125.

Co-presented by Lyric Opera of Chicago and Live Nation