They've always been there to welcome us home after a long day at the opera house. Now, meet some of the friendly and furry faces keeping us company while we work from home. The pups may not have perfect pitch and the cats don't know how to collate, but they are still a very important part of the team. 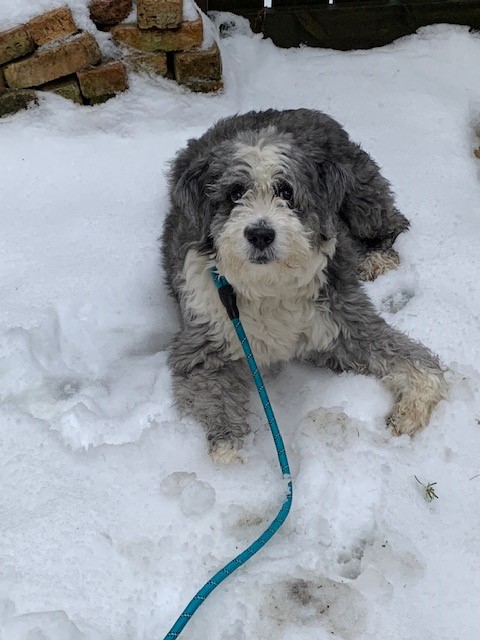 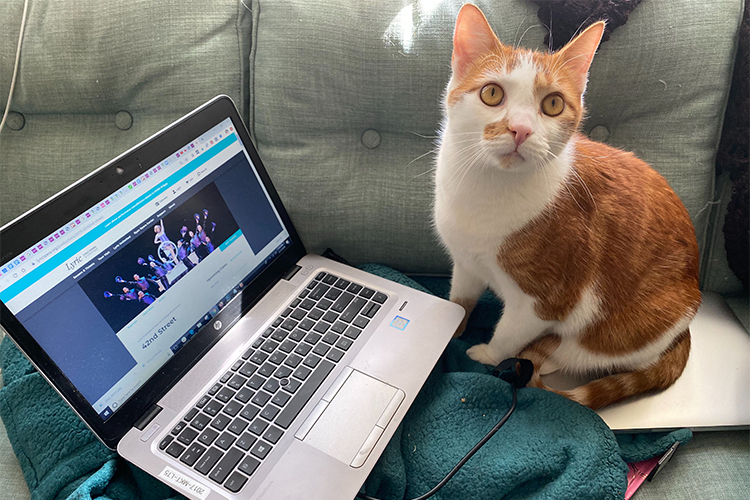 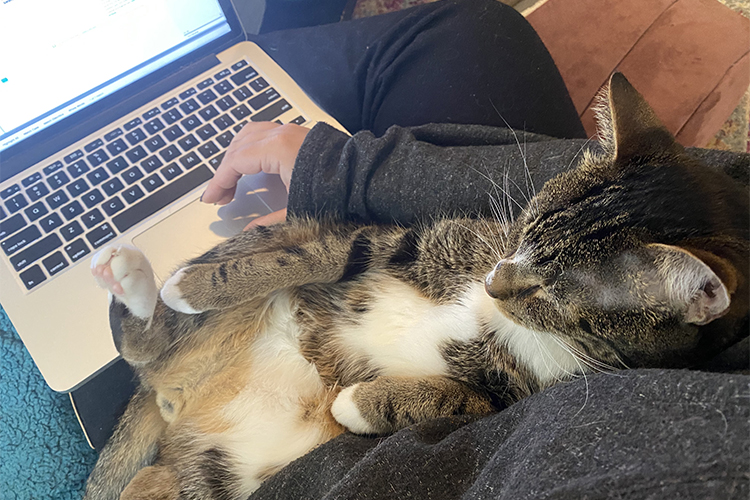 "Rooney and Ford are integral to the ongoing development of the website. They work hard by falling asleep on the keyboard, chasing the light reflected from the laptop screen, and begging for treats during conference calls."

Rooney and Ford's mom is Valerie Bromann, Manager of Digital Content and Analysis. 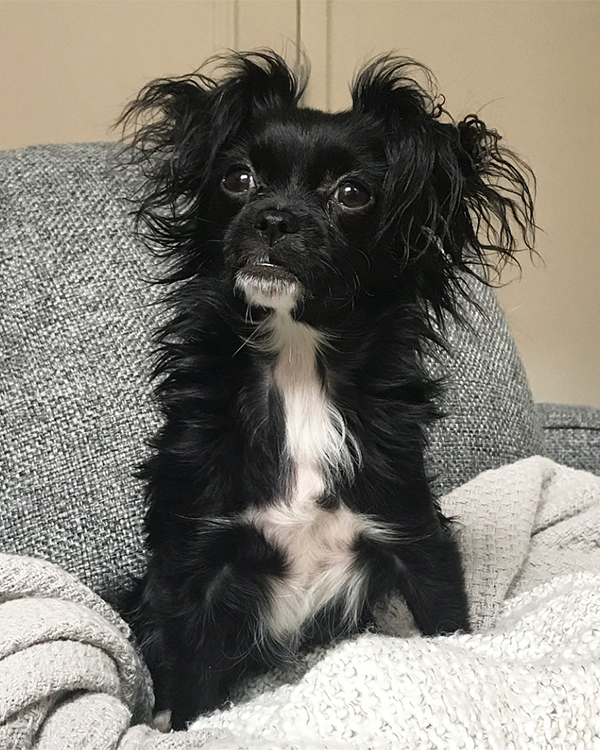 "Petal is a tiny delicate flower who was born with a terminal illness. I don’t know how much time she has left so we are always happy to spend more time together, even if that means she’s just curled up next to me while I work."

Interns to the Marketing Intern 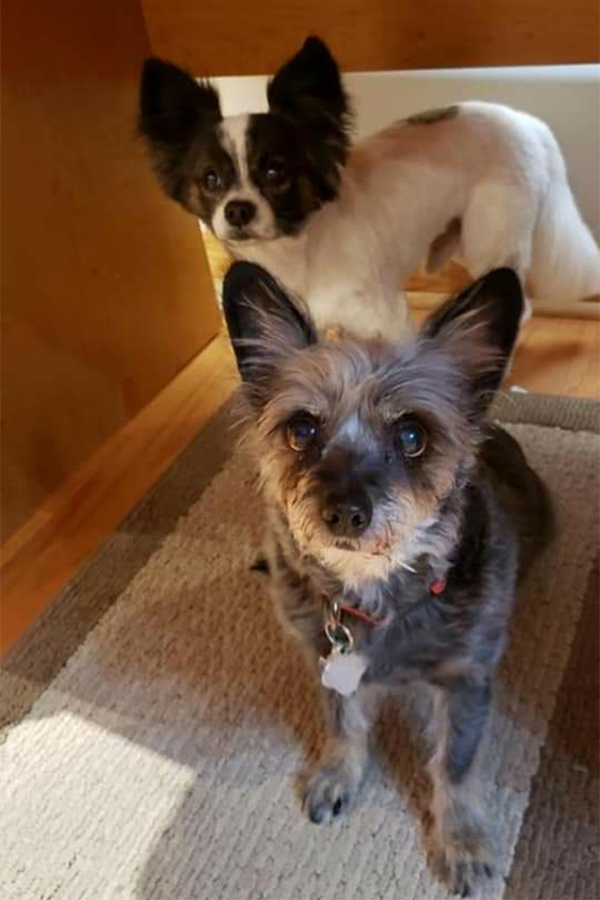 "Pita and Gizmo are both rescues. We met Pita (foreground) when she was 8, and now she is 13 years old. Her brother Gizmo came into the family last year, and he will not leave Pita's side. Pita is a strong and independent woman, and Gizmo follows her blindly. He is afraid of stairs and likes to sneeze when he is excited. They are confused why everyone is home during their daytime nap hours. But they like to hide underneath the desk to feel like they are part of the action. Pita has gotten surprisingly good at transcribing interviews, and Gizmo can now create spreadsheets." 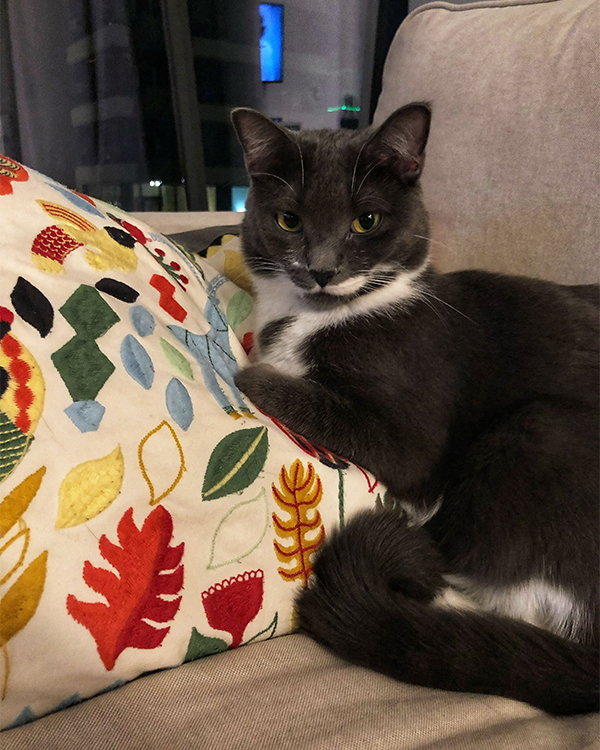 "Monroe is a former shelter cat who appreciates the finer things in life - very specific food, spying on neighbors from her city view apartment, and trapping guests in the bathroom (the people's litter box)." 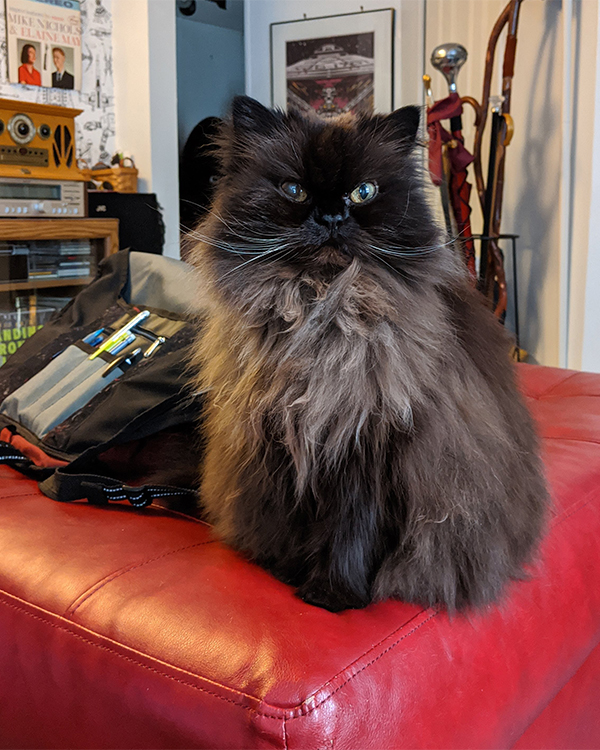 "Ruthie has been my manager since February 2009. She was given to me after my friend's parents found her lost in the woods and no one claimed her fuzzy face."

Ruthie's dad is Will Biby, Manager of Audience Programs. 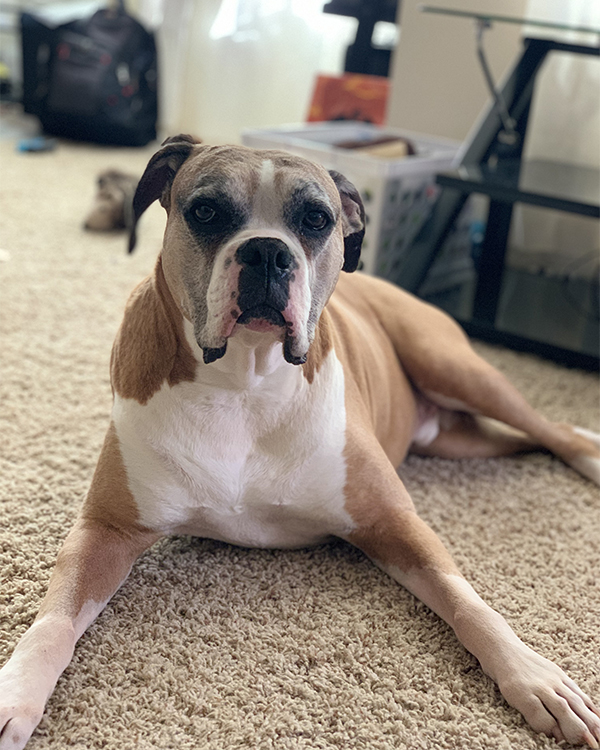 "He is anxiously awaiting to go on a field trip to a brand new city (Chicago) to check up on Momma (Me)."

VP of Copywriting and Eating Plastic 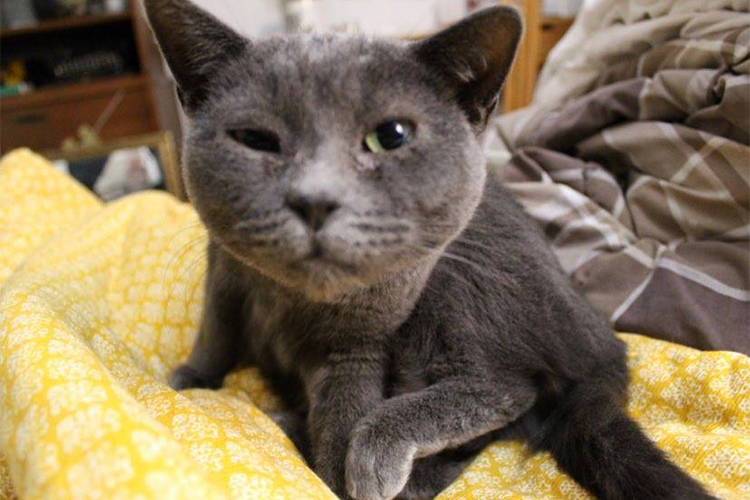 "Spooky was adopted from the Naperville Humane Society, where she had to be isolated from the other cats for "being a diva" and "hitting people in the face." When she's not sitting on the keyboard hard at work, she can be found chasing hair ties and drinking directly from the sink." 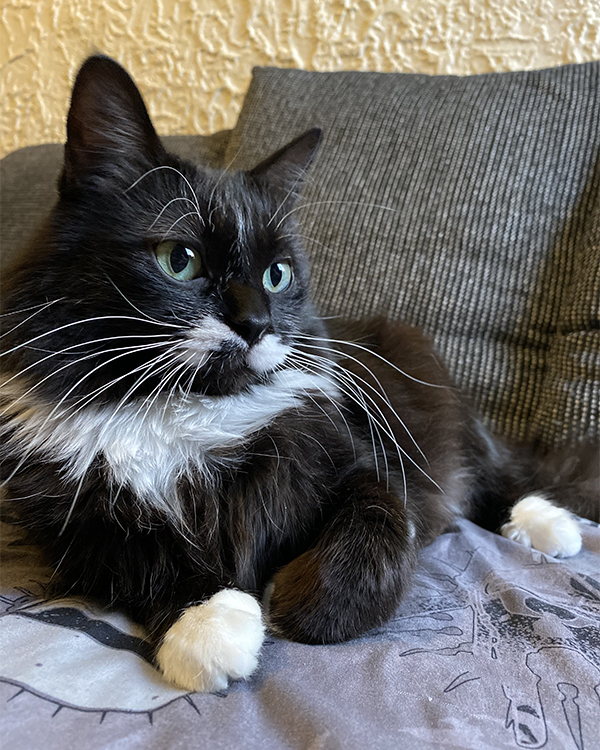 "He had us at mustache! We rescued our kitty after finding out he was abandoned at a gas station during the 2017 polar vortex. He’s the newest star in our (proudly) geeky household, so we named him Nova Quark. He and our 5-year-old are best friends and enjoy chasing each other and playing fetch. I have no doubt he is enjoying this “coronacation” and having his humans home for unlimited cuddles and treats for days! He’s made his first conference call appearance and I’m sure everyone will be seeing more of him." 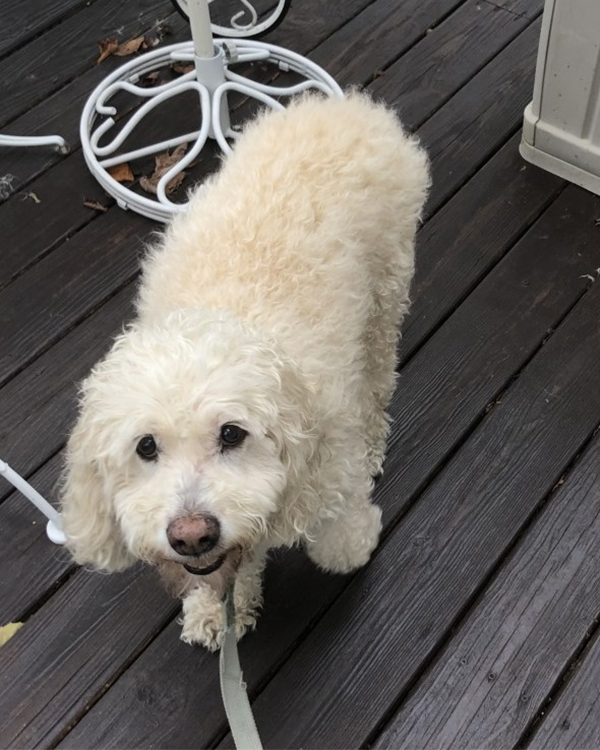 "Ralph (aka "Lamb") was rescued in 2006. His DNA test showed him as bichon frise, cocker spaniel and St. Bernard. He was named Ralph by my boyfriend's sister Lauren - who thought it'd be hilarious to have Ralph Lauren in the family."

Ralph's family said farewell to him as he crossed the rainbow bridge on April 7, 2020. Per his human—Will Raj, VP of IT—Ralph enjoyed inviting himself into video calls, Honey Nut Cheerios, extra attention, and being "the best boy ever."