Known worldwide as "La Stupenda," the Australian dramatic coloratura soprano Dame Joan Sutherland (1926 - 2010) possessed what was often referred to as "The Voice of the Century" – shining in tone, massive in size, and gifted with staggering agility. A standard-setter in a large number of bel canto operas, Sutherland was hailed at Lyric in four signature roles – Lucia, Semiramide, Marie (in La fille du régiment), and Anna Bolena. 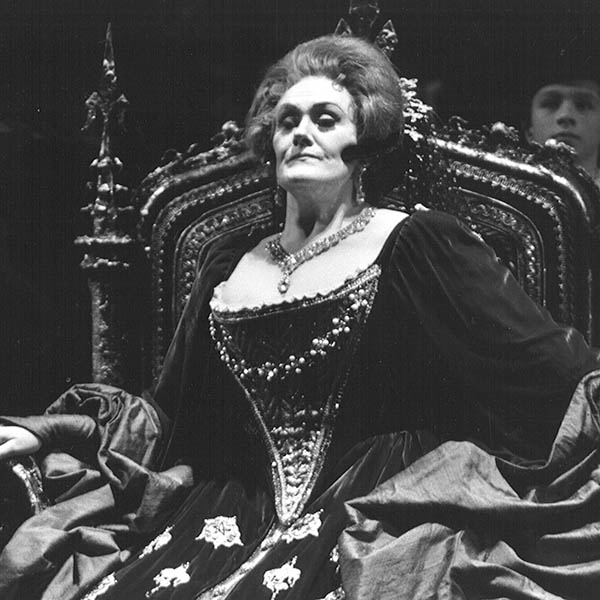