Emily Hooper Lansana resides in Bronzeville. She has four sons and one grandaughter. 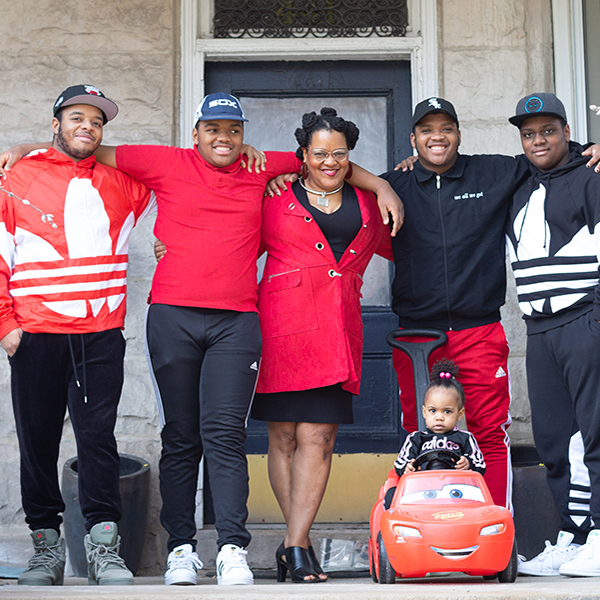 And there was this real sense of, the pieces, the things that we've lost are they going to come back. Not just the businesses but like the sense of community. And I feel like the ways in which people have risen to the occasion to like paint these beautiful murals and provide food for each other and stand up for each other has just been very, very, very powerful.”

I found is that as a creative person and as a parent, that what I love about this city is that it feels like it's a city of possibility. So I feel that I could have an idea and bring it to fruition here. I feel that there isn't anything like the creative community in Chicago and especially the creative community of people of color. Where there's so much initiative and there's so much support. I have felt that it has been a great place for me to be a person who works in the area of the arts and to have my family be able to take advantage of important rich cultural experiences, in a way that I'm not sure that we could do so easily anywhere else.”