Denali K. Dasgupta is a director of data strategies for a Chicago non-profit. Her children are 15, three, and she is pregnant with her third. 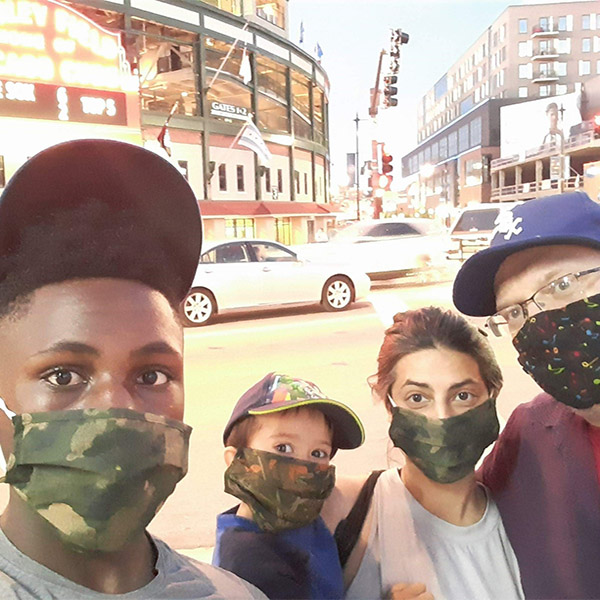 We had had some ...our parenting journey is a really long and a really complex one and we had said, "We really love this kid. We just want to be with him as much as we can and if that's what's right for him then we're so excited." That Thursday I found out that I was pregnant and so in some ways my older two, my two that are here are twins.”

He's literally walking away from me but he is also, through his choices and his actions, making people see what's right in front of them and I'm really, really proud of him right now but I am also so scared and I don't have the experience of growing up in a way that gives me the tools to be afraid in the right way.”