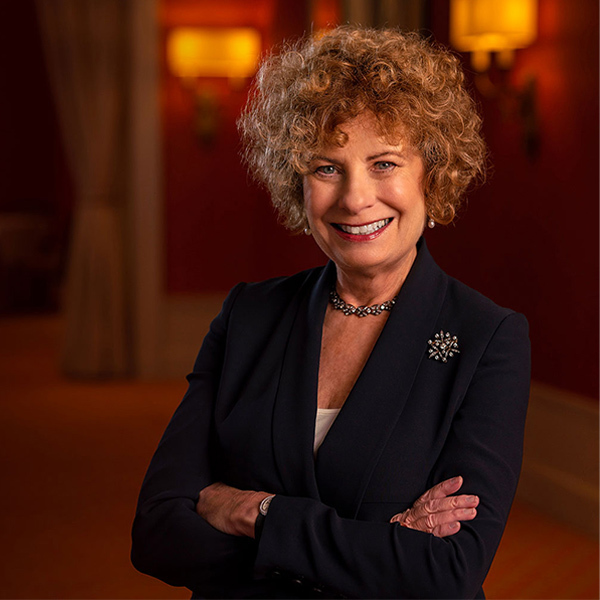 Chair of the Board

On September 8, 2020, Sylvia Neil made history when she became the company's first female Board Chair. Neil and her husband, Dan Fischel, are longtime Lyric subscribers and donors, and have cosponsored multiple mainstage opera productions (most recently Elektra,  Madama Butterfly and Marriage of Figaro). Neil is a member of Lyric's Board of Directors, Executive, Production Sponsorship, IDEA, and Lyric Unlimited committees. She also serves as Chair of the Development Committee. Following the cancellation of our 2020 Ring cycle, Neil and her husband jumped into action by organizing and sponsoring The Heroes' Fund to help mitigate the financial losses suffered due to the COVID-19 outbreak.

Neil has had a distinguished career in civil liberties advocacy and academia. She is lecturer in law at the University of Chicago Law School, where she was former associate dean. She founded and chairs the Project on Gender, Culture, Religion and Law at Brandeis University and coedits its book series. She was adjunct professor at Northwestern University's Pritzker School of Law and taught at DePaul School of Law and Roosevelt University. Neil began her career in poverty law litigation and served as legal counsel and Midwest region executive director of the American Jewish Congress.  Neil has been a consultant to several not-for-profit institutions, including the Jewish Federation of Metropolitan Chicago, where she initiated the prototype Jewish Women's Foundation. Among other honors she was appointed Commissioner on both the Illinois and Cook County Commissions on Human Rights.

Ms. Neil has had leadership roles in many cultural, civil rights and academic institutions. Currently she is a vice chair of the Art Institute of Chicago and sits on the boards of Chicago Symphony Orchestra, Chicago High School for the Arts, Chicago Public Media and Brandeis University where she also chairs the Board of Fellows. She is life trustee and former chair of the Grand Teton Music Festival and trustee emeritus and former vice chair at the Museum of Contemporary Art.  At the University of Chicago she serves on the Council for the Humanities and was recently appointed to the initial councils for the Pritzker School of Molecular Engineering and the Stevanovich Institute on the Formation of Knowledge.