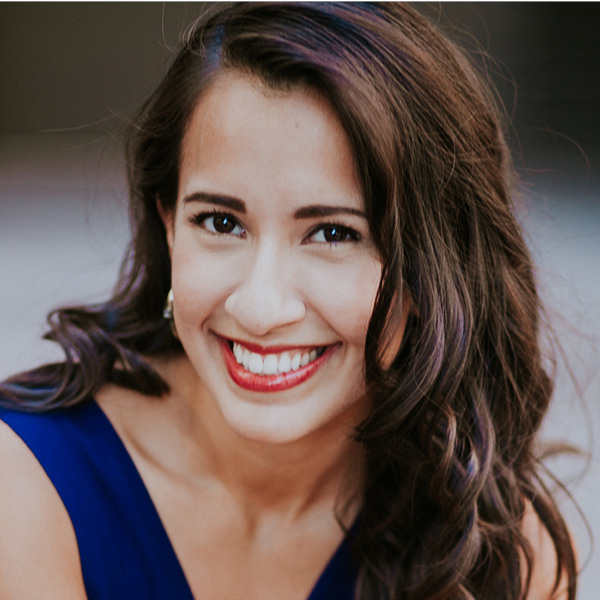 Vanessa Becerra, a native of Fort Worth, Texas, is a recent graduate of LA Opera’s Domingo-Colburn-Stein Young Artist Program. Appearances with that company include The Magic Flute, The Marriage of Figaro, La Traviata, and The Ghosts of Versailles (heard on a Grammy-winning recording). While in the program, she was a Regional finalist of the Metropolitan Opera National Council Auditions and the recipient of a top award from the Pasadena Opera Guild. Highlights of the current season have included debuts with the Los Angeles Philharmonic under the direction of Gustavo Dudamel (Papagena/The Magic Flute), the San Francisco Symphony under Michael Tilson Thomas (Paquette/Candide), and Opera San José (title role/Alma Deutscher's Cinderella). Later this season the soprano will sing Glauce/Medea at Opera Omaha, Johanna/ Sweeney Todd at Atlanta Opera, and Maria in Bernstein’s famed West Side Story at The Glimmerglass Festival (Francesca Zambello’s new co-production between Lyric, Glimmerglass, and Houston Grand Opera). Becerra made her professional debut in 2014 at Fort Worth Opera in Daniel Crozier’s With Blood, With Ink, subsequently released on CD.