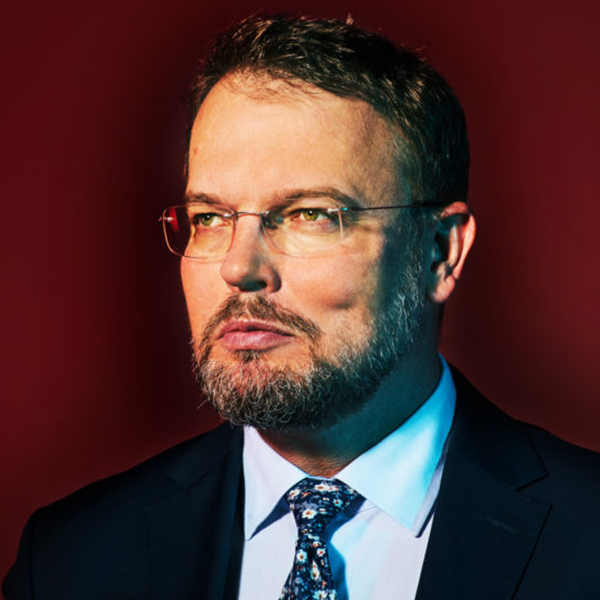 “From the beginning,” the Polish bassbaritone commented on the Vienna State Opera website, “as a young actor, I dreamed of experiencing great things – great as regards emotional dimensions, in the sense of something bigger than what we experience in normal life. Being onstage means that on the one side I have a gut feeling as to where the intention of the role is going. On the other side I’m analyzing very exactly what element of a role is showing the way. That’s a very fruitful approach for a singer – that is, from the possible conflict between these two, something new can result.” Konieczny established himself as one of today’s foremost singing actors with his sensational success as Alberich at the Vienna State Opera, where his subsequent roles have ranged stylistically from the Dutchman and Wotan to Mandryka and Scarpia. Following a successful career acting for the stage, film, and television throughout Poland, he debuted in opera in the title role/The Marriage of Figaro in Poznan, thereafter building a repertoire of dramatic bass-baritone parts with the opera companies of Mannheim and Düsseldorf/Duisburg. Closely associated with the “Wagner in Budapest” festival (six seasons, with roles including Amfortas, Wotan, and Kurwenal), he has also sung Alberich at Dresden’s Semperoper and the Deutsche Oper Berlin. He has starred on CD as both Alberich (under Thielemann) and Wotan (under Janowski). Among his other major successes have been Jochanaan/Salome (Carnegie Hall, on tour with the Vienna State Opera), Pizarro/Fidelio (Washington National Opera, Bavarian State Opera), Stolzius/Zimmermann’s Die Soldaten (Salzburg Festival), and Kolenaty/The Makropulos Affair (Madrid). Konieczny has been heard in concerts with the WarsawPhilharmonic, the Czech Philharmonic, and the BBC Symphony Orchestra.