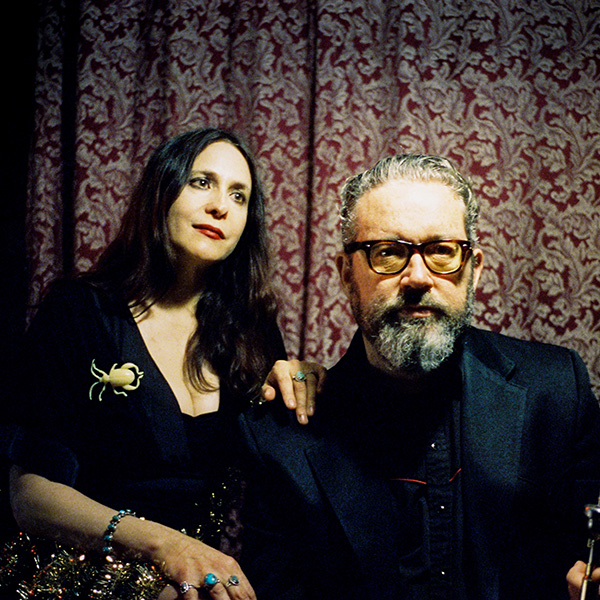 A songwriting duo formed in Chicago in 1993 consisting of husband and wife Brett and Rennie Sparks, The Handsome Family is currently based in Albuquerque, New Mexico. Their style is a blend of traditional country, bluegrass, and broadside ballad. They are perhaps best known for the song “Far From Any Road” from the album Singing Bones, which was used as the main title theme for the first season of HBO’s crime drama True Detective. Their tenth album, Unseen, was released in 2016 as the first release on their own label. Rennie, who writes the lyrics, and Brett, who writes the music, have toured extensively throughout the world. Their songs have been covered by artists including Jeff Tweedy, Amanda Palmer, and Andrew Bird, who released an entire record of Handsome Family covers. The Handsome Family counts Ringo Starr and Bruce Springsteen as fans and were recently featured on NPR’s “Fresh Air,” as well as “WTF” with Marc Maron.