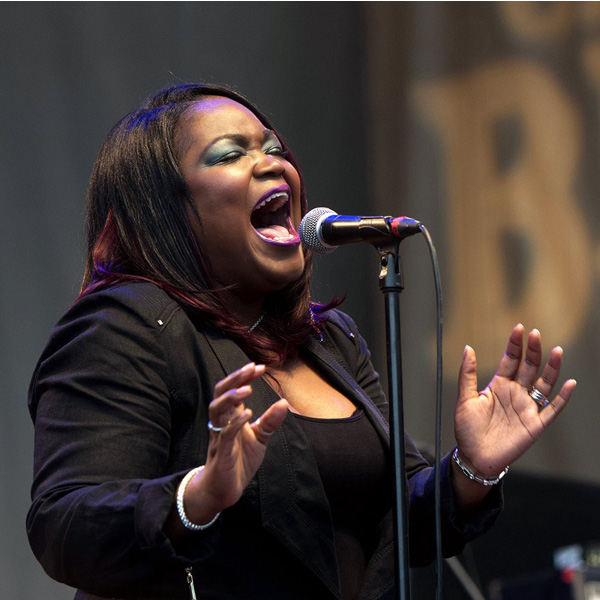 The renowned New York-born singer, now a Chicago resident, has a wide-open vision of contemporary blues, roots and soul music that showcases the evolution of a passionate artist with a modern musical and lyrical approach. Having begun singing publicly as a child, at 16 she joined her bluesman father on his tours and at 18 recorded her groundbreaking debut CD, Turn the Heat Up. She followed it with three albums between 2000 and 2005, while earning eight Blues Music Awards. She has performed at clubs, festivals, and concert halls worldwide and has a strong presence in national print and broadcast media. Copeland has toured with the Rolling Stones and has sung with Eric Clapton, Mick Jagger, Bonnie Raitt, B.B. King, Buddy Guy, Keith Richards, Carlos Santana, James Cotton, and many others. She has also entertained U.S. troops in Iraq and Kuwait. At the 2011 Chicago Blues Festival, the City of Chicago and the State of Illinois officially declared Copeland “The New Queen of The Blues.” In 2012 she performed at the White House for President and Mrs. Obama. Copeland recently returned to Alligator Records (where she recorded four albums from 1998 through 2006) with Outskirts of Love, which earned Copeland her third Grammy nomination and is the most decidedly contemporary and musically adventurous album of her still-evolving career.