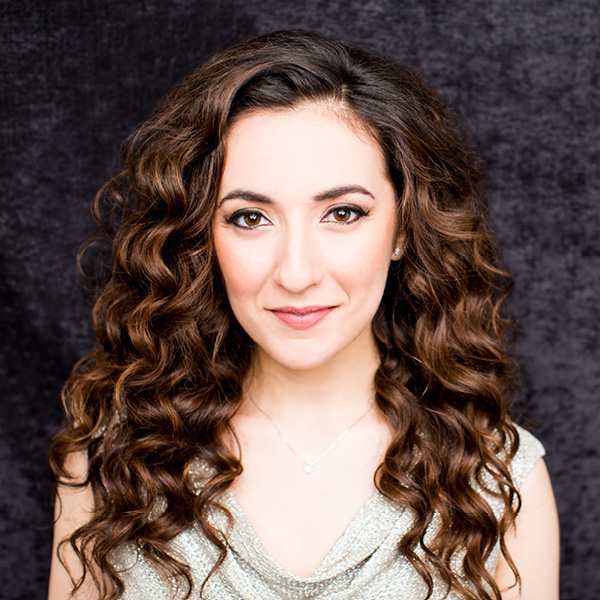 The Italian soprano has previously triumphed as Gilda at the Zurich Opera House and Turin's Teatro Regio. Since winning Second Prize, Audience Prize, and the Zarzuela Prize at the Operalia competition (2010), she has rapidly gained worldwide recognition as one of the most promising artists of the younger generation. Feola made her American debut with the Chicago Symphony Orchestra in Carmina Burana (2012), and has since returned to the orchestra for Mozart’s Requiem, Mahler’s Symphony No. 4, and Verdi’s Falstaff. In future seasons she will sing Lauretta/Gianni Schicchi and Gilda at the Bavarian State Opera, Norina/Don Pasquale conducted by Riccardo Chailly at La Scala, and Liù/Turandot with the Canadian Opera Company. She will also make her Metropolitan Opera debut. Feola recently made her debut at Teatro alla Scala as Ninetta/La gazza ladra. In repertoire encompassing roles by Mozart (Susanna/ The Marriage of Figaro, Zerlina/Don Giovanni), Rossini (Corinna/Il viaggio a Reims), Bellini (Elvira/I puritani), Donizetti (Adina/L’elisir d’amore), and Bizet (Leïla/The Pearl Fishers), she has been heard at Welsh National Opera; the major houses of Rome, Turin, Berlin, and Madrid; Glyndebourne Festival Opera, and the Salzburg and BBC Proms festivals. She released her debut solo CD, Musica e Poesia, accompanied by Iain Burnside, in 2015.