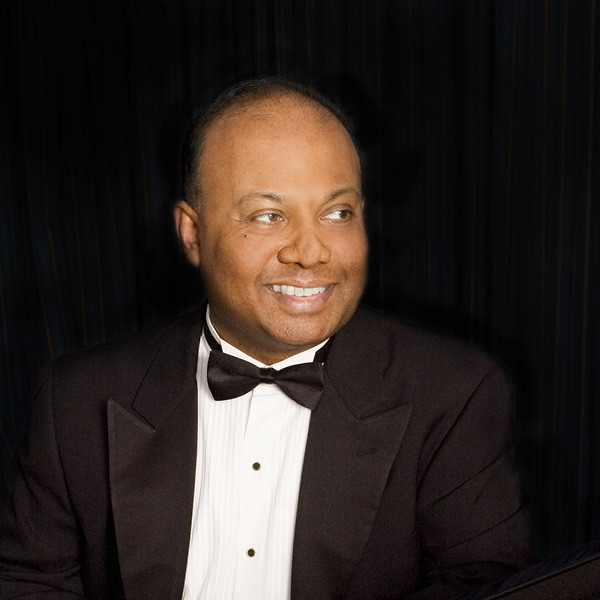 Current season highlights include performances with Perlman in recitals that take them to the Kravis Center of West Palm Beach, Nashville’s Schermerhorn Symphony Center, and San Francisco’s Davies Symphony Hall.

Alongside Perlman, De Silva has performed multiple times at the White House, most recently in 2012 at the invitation of President Barack Obama and Mrs. Obama for Israeli President and Presidential Medal of Freedom honoree Shimon Peres; and at a State Dinner in 2007, hosted by President George W. Bush and Mrs. Bush for Her Majesty The Queen and His Royal Highness The Duke of Edinburgh.

De Silva began his piano studies with his mother, the late Primrose De Silva, and with the late Mary Billimoria. He then spent six years at the Royal Academy of Music in London as a student of Hamish Milne, Sydney Griller, and Wilfred Parry. He continued his studies at The Juilliard School, where he studied piano with Martin Canin and chamber music with Felix Galimir, while also working closely with violin pedagogue Dorothy DeLay. He was awarded a special prize as best accompanist at the Ninth International Tchaikovsky Competition in Moscow and received the Samuel Sanders Collaborative Artist Award, presented to him by Perlman during the 2005 Classical Recording Foundation Awards Ceremony at Carnegie Hall.