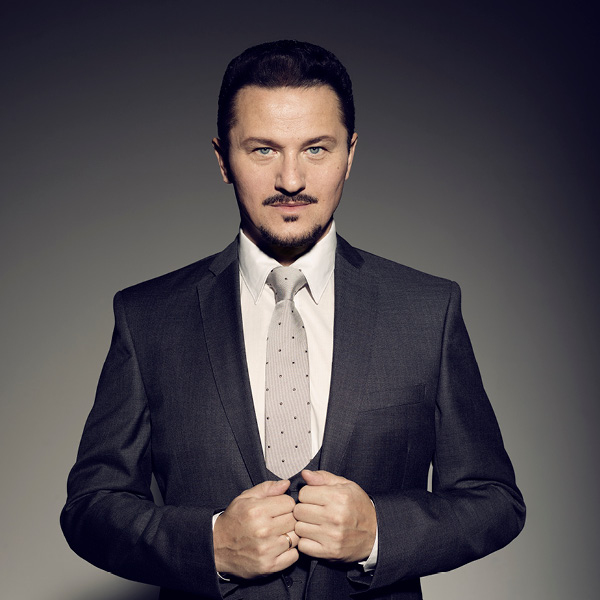 One of today’s most sought-after artists, the Polish tenor has triumphed as Edgardo at the Metropolitan Opera and in San Francisco, Vienna, and Zurich. Other starring roles at the Met include the Duke of Mantua (debut, 2006), Lensky, the Prince/Rusalka, Rodolfo, Romeo, Faust, and Des Grieux. In 2013 Beczała premiered the Met’s new Rigoletto, earning the ECHO Klassik “Singer of the Year” Award for its DVD release. Closely associated with the Zurich Opera House, Beczała is also a great favorite at the Salzburg Festival, and the state operas of Munich and Vienna. He has also starred with the major companies of Hamburg, Amsterdam, Berlin, Geneva, Bologna, Warsaw, and St. Petersburg. Among Beczała’s stage successes last season were his first Lohengrin (Dresden’s Semperoper) and a new production of Werther (Opéra National de Paris). Highlights this season include Beczała’s return to Zurich (The Land of Smiles), Barcelona (Werther), and Vienna (Un ballo in maschera). Beczała celebrated his 20th stage anniversary in 2012 with a concert at Warsaw’s famous Teatr Wielki. The tenor has documented his artistry in an exceptionally varied discography and videography, with new releases including Rusalka (DVD, Met) and his fifth solo album, entitled “The French Collection.”