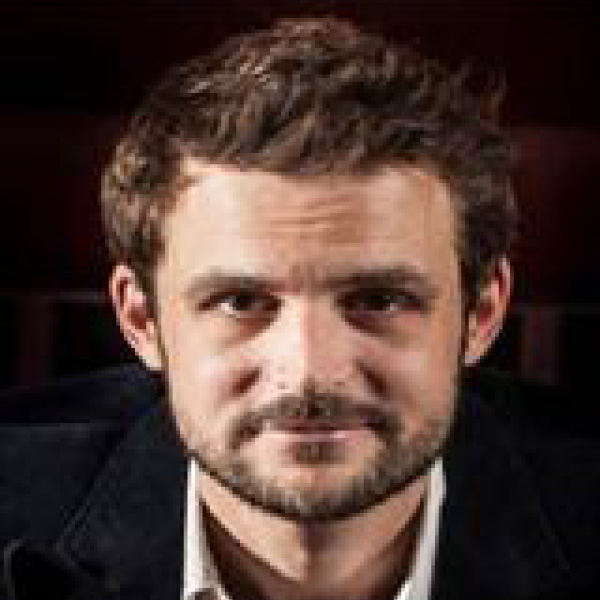 Olivier Fredj studied British literature, drama, and music at the Hogeschool voor de Kunsten in the Netherlands. Starting off as a coordinator of educational and social projects in several cities around Europe and South Africa, he then worked as a cultural journalist before attending the Studio Théâtre d’Asnières. He was a stage manager at the Opéra-Comique, Théâtre de Caen, and Théâtre des Champs-Élysées. In 2010 Fredj began his collaboration with Robert Carsen on the Théâtre du Châtelet’s production of My Fair Lady and directed its reprise at the Mariinsky Theatre in St. Petersburg. He worked again with Robert Carsen on Singin’ in the Rain at the Châtelet, where he also assisted Lee Blakeley (Sweeney Todd) and Emilio Sagi (The Sound of Music) and directed Mozart’s Il re pastore. He assisted Robert Carsen (Rigoletto) and Simon McBurney (The Magic Flute) at the Festival d’Aix-en-Provence. Fredj’s current season highlights include Verdi’s Macbeth (Brussels and Poland), and he will stage the inauguration of the new La Seine Musicale theater in Paris.