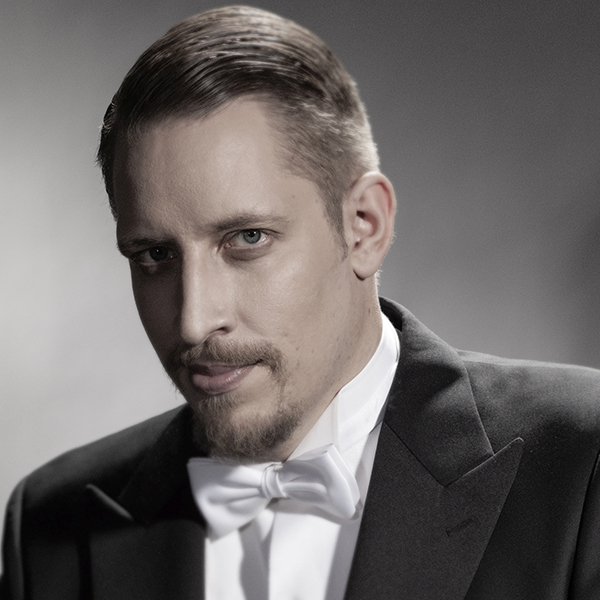 The Finnish bass studied at the Sibelius Academy in Helsinki and was a member of the Baden State Opera’s ensemble from 2005 to 2010. Recent roles include Balthasar|La favorite, Oroveso|Norma, and Raimondo|Lucia di Lammermoor, all at Munich’s Bavarian State Opera; the Commendatore at the Dutch National Opera; Fiesco|Simon Boccanegra at the Opéra National de Paris; Gremin|Eugene Onegin at the Vienna State Opera; Hermann|Tannhäuser at the Zurich Opera House; and the title role|Mefistofele at the Stuttgart State Opera. Among Kares’s recent concert performances have been Adriana Lecouvreur at the Salzburg Festival, Mahler’s Symphony No. 8 with the Finnish Radio Symphony Orchestra, Mozart’s Requiem with the Chicago Symphony Orchestra, and Verdi’s Requiem with the Oslo Philharmonic. His immediate future plans include Prince Ivan|Khovanshchina at the Berlin State Opera, the Grand Inquisitor|Don Carlo at Madrid’s Teatro Real, and Schmidt’s The Book with Seven Seals with the Dallas Symphony Orchestra, Fabio Luisi conducting.