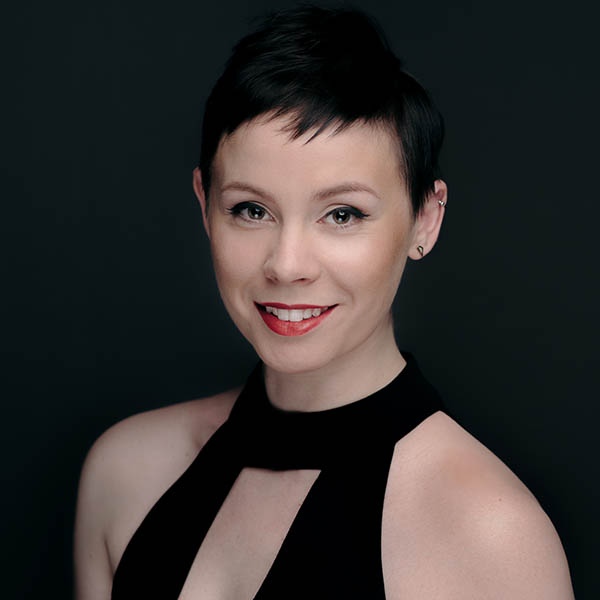 Pianist Madeline Slettedahl, from Seattle, Washington, was an ensemble member with the Ryan Opera Center member for three years.

A 2016 participant at Santa Barbara’s Music Academy of the West and winner of that year’s Marilyn Horne Song Competition, she served as rehearsal pianist for the Academy’s production of The Bartered Bride and OperaFest scenes program. Recent engagements include rehearsal pianist for Menotti’s The Old Maid and the Thief for the Ryan Opera Center in 2018. She also prepared Menotti’s works The Telephone and The Medium at Opera in the Heights and coach/pianist for the 2017 world-premiere workshop of Ricky Ian Gordon’s A House Without a Christmas Tree at Houston Grand Opera. Slettedahl debuted at Carnegie Hall in January 2017 performing in master classes with Dame Felicity Lott and pianist Margo Garrett for Carnegie’s The Song Continues Institute. She returned to Carnegie Hall for the 2019 SongStudio under the leadership of soprano Renée Fleming.Slettedahl has performed world premieres of numerous commissioned works, including “Willows” by composer-conductor Roger Briggs and “My Life a Lyric Cry” by Greek-Canadian composer Constantine Caravassilis. Slettedahl is an alumna of Rice University (master’s degree, Andre Watts Scholarship, Michael P. Hammond Preparatory Program Olshan Foundation Fellowship Award) and Western Washington University (bachelor’s degree, first prize in the WWU Concerto Competition, Music Teachers National Association Young Artist Piano Competition). She has served on the Lyric Opera music staff for The Pearl Fishers (2017/18) and Siegfried (2018/19). In 2019/20, she prepared Lyric’s productions of The Barber of Seville and Siegfried (canceled).